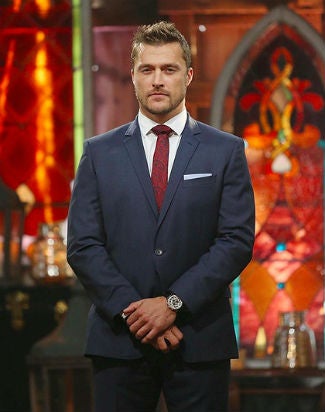 (Spoiler Alert: Please do not read on if you haven’t watched Monday’s finale of “The Bachelor.”)

The finale of Season 19 was a stressful experience for the reality TV Romeo on Monday, but in the end, the hunky Iowa native handed the final rose to fertility nurse Whitney.

The decision didn’t come as a surprise to hardcore fans of the ABC dating series after Becca had admitted that she wasn’t ready to tell Soules she loved him.

Instead, the farmer said goodbye to her during the final rose ceremony that appropriately took place in the family barn where he raised his first pig — and popped the question to Whitney instead.

It took crashing a wedding together for Chris to realize that she was the woman he wanted to walk down the aisle with, he said. “It’s not work for us. It’s natural, and it’s like we both want the same thing and it feels so right, and it feels so perfect, and that’s what I want for the rest of my life,” he told her.

Becca’s experience in the chilly Arlington, Iowa, barn was slightly less romantic, as Soules tried to let her down lightly. “You’re not really ready,” he said. “I have to just go with my heart and my gut, and I don’t think it’s fair for either of us to take that leap at this point.”

While the rejected chiropractic assistant from San Diego admitted she was in a “state of shock” as she left in the limo, at least she held back the tears.

As for Chris’ lucky lady, his mom and sister already think she’s a great fit for the family, but sadly the same thing can’t be said about the Neil Lane engagement ring, which barely squeezed over Whitney’s knuckle when he tried to slip it on her  finger.