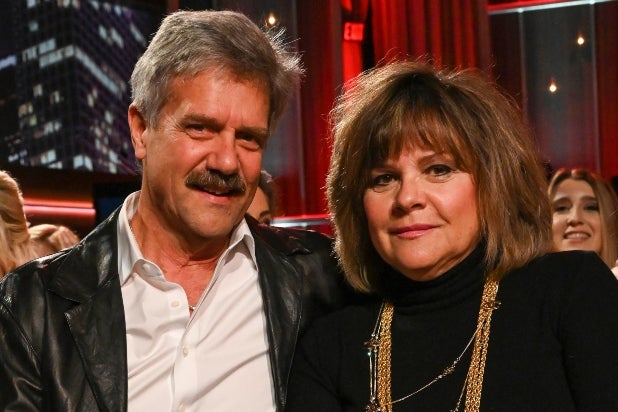 Chris Harrison wasn’t lying when he said Tuesday night’s live finale of “The Bachelor” would be one of the franchise’s most dramatic and controversial endings yet. But as anyone who has been watching this season already knew, the drama wouldn’t come from Peter Weber himself — it would come from his mother.

Barb Weber stole the show with her impassioned rant about why she doesn’t think it will ever work out between her son and his chosen lady, Madison Prewett, and why she thinks his ex-fiancée, Hannah Ann Sluss, should be her daughter-in-law.

Fans had some hilarious reactions to share on Twitter in light of the night’s shocking turn of events — and Barb’s shocking antics. One user summed up the general consensus: “Raise your hand if you’re glad Barb isn’t going to be your mother-in-law.”

Another user posted a video of themselves taping a piece of paper over the rectangular window in the bottom left corner of the screen to cover up the live feed of Barb’s facial expressions reacting to whoever was in the hot seat opposite Harrison. As you might have guessed, she had a lot of eye-rolling for Madison.

Someone even took it upon themselves to do a lip-reading of what Barb was whispering to her husband in Spanish.

Say what you will about Barb, but this woman makes great TV.

We’ve got an explainer of who Peter chose last night here. And read those spot-on Bachelor Nation reactions below.

Raise your hand if you’re glad Barb isn’t going to be your mother-in-law #TheBachelor #TheBachelorFinale pic.twitter.com/R7hYSBCU1W

and we thought juan pablo was the biggest villian in bachelor history #TheBachelor #TheBachelorFinale pic.twitter.com/Dklk77j6gV

Lol Barb out here thinking she’s sly whispering in Spanish like millions of Americans don’t understand what she’s saying on her hot mic.

I AM SCREAMING BARB IS LITERALLY CASTING HER NEXT SISTER IN LAW BY HERSELF HAHAH. She just commented this on Kelley’s photo. #TheBachelor #TheBachelorFinale pic.twitter.com/7JmzwyXFb7

This morning I am thankful:

-for sunshine
-for my sweet pup
-for the roof over my head
-that Barb is not my mother in law pic.twitter.com/B2ZLyq9ZMz

barb and madison after the bachelor finale #TheBachelor #TheBachelorFinale pic.twitter.com/FIuW7nwcBV

Happy Mario Day: 8 Games You Might Not Know That Feature Nintendo's Mascot (Photos)

Dust off your old consoles, folks

March 10, or Mario Day (MAR10... get it?) wasn't invented by Nintendo, and it's not tied to the company's marketing, but that didn't stop everyone from declaring today the magical Italian plumber's unofficial holiday. Of course you know Mario appears in over 50 games under his own moniker (and often alongside his twin brother, Luigi). But he has also had clever cameos in tons of other Nintendo games, many that have since been forgotten. So on Mario's Day, dust off your old consoles -- here are some games you might not have known Mario is involved with.