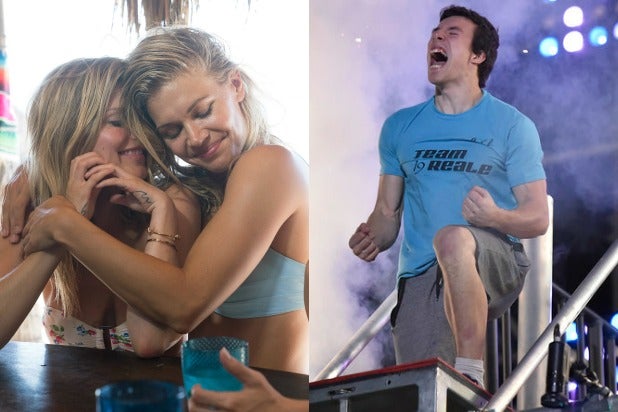 NBC’s “American Ninja Warrior” and ABC’s “Bachelor in Paradise” went to work on Labor Day. Ultimately, it was the Disney-owned broadcast net that won the holiday’s primetime.

ABC was first in ratings with a 1.1 rating/5 share in the advertiser-coveted 18-49 demographic and in total viewers with an average of 4.2 million, according to preliminary numbers. “Bachelor in Paradise” was the only show on ABC’s primetime schedule, earning those Nielsen numbers.

Fox and Telemundo tied for third in ratings, both with a 0.5/2. Fox was fourth in total viewers with 2.4 million, Telemundo was fifth with 1.4 million.

For Fox, “So You Think You Can Dance” was the only show on the primetime schedule, averaging those above numbers.

CBS and Univision tied for fifth in ratings, both with a 0.4/2. CBS was third in total viewers with 3.2 million, Univision was sixth with 1.22 million.