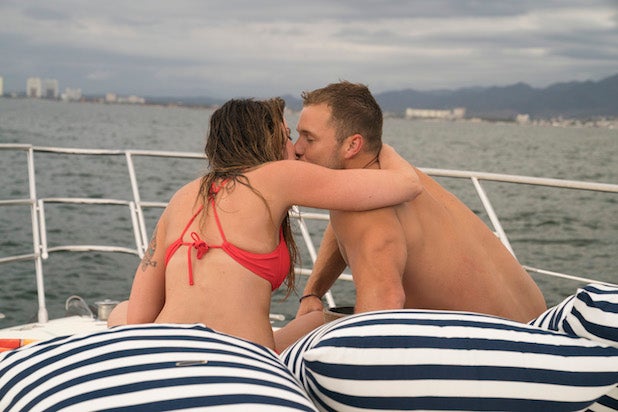 “Bachelor in Paradise” may not be putting up those “Bachelorette” numbers for ABC, but the start to the show’s second week last night was steady with its debut seven days ago. And that consistency led the show’s home network to edge out NBC as Monday’s primetime Nielsen ratings winner in the all-important adults 18-49 range, according to early numbers.

However, NBC didn’t go home empty-handed, taking No. 1 in total viewers for the evening, thanks to “American Ninja Warrior.”

Meanwhile on CBS, “Carpool Karaoke: When Corden Met McCartney Live From Liverpool” came in as the James Corden-hosted special’s most-watched installment to date.

Telemundo was third in ratings with a 0.6/2 and sixth in viewers with 1.3 million.

Fox was fourth in ratings with a 0.5/2 and in viewers with 2.4 million, filling its primetime with “So You Think You Can Dance.”

CBS, Univision and The CW tied for fifth in ratings, all with a 0.4/2.

Univision was seventh in viewers with 1.2 million.