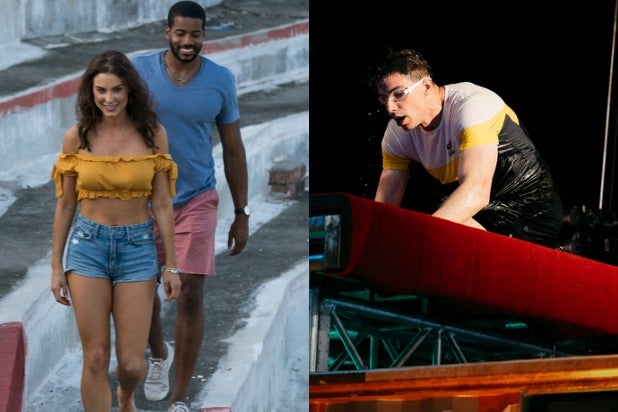 “American Ninja Warrior” went out strong Monday night, matching its season high in the all-important adults 18-49 age range. But the NBC competition series’ numbers weren’t good enough to outpace “Bachelor in Paradise” on ABC, which was the evening’s top-rated program, also with a season high.

However, its victory may not be as sweet once final numbers roll in, as NFL preemptions in three markets are currently boosting ABC’s primetime stats.

ABC was first in ratings with a 1.2 rating/5 share in the advertiser-coveted 18-49 demographic and second in total viewers with an average of 4.6 million, according to preliminary numbers. At 8, “Bachelor in Paradise” scored a 1.4/6 and 5.3 million viewers. It was followed by an encore of “The Good Doctor.”

NBC was second in ratings with a 1.0/4 and first in viewers with 4.8 million. The “American Ninja Warrior” season finale at 8 posted a 1.2/5 and 5.6 million viewers. It was followed by a repeat of “America’s Got Talent.”

Fox was fourth in viewers with 2.6 million, airing the “So You Think You Can Dance” season finale.

Telemundo was fifth in viewers with 1.5 million.

CBS and Univision tied for fifth in ratings, both with a 0.5/2.

Univision and The CW tied for sixth in viewers, both with 1.454 million.

The CW was seventh in ratings with a 0.3/1, filling its lineup with repeats.