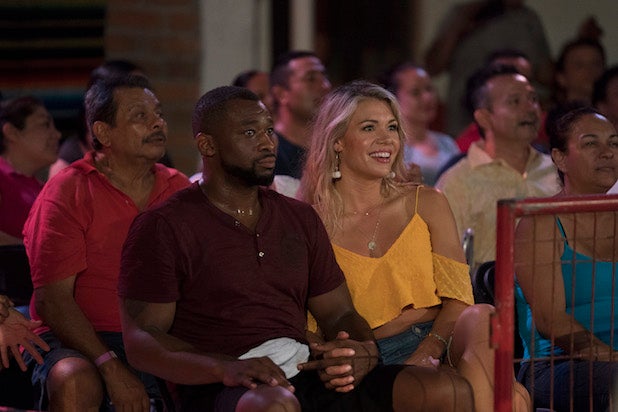 NBC and ABC tied for first in ratings Monday night, when the latter’s “Bachelor in Paradise” took over for the now-over “Bachelorette.” It wasn’t a great swap for ABC, though “BiP” was the highest-rated show on broadcast.

With “American Ninja Warrior” leading the way, NBC was No. 1 in terms of primetime total viewers last night.

At 10 p.m., “Dateline’s” advantage over ABC’s “The Proposal” sealed both networks’ fates.

NBC and ABC tied for first in ratings, both with a 1.0 in the advertiser-coveted 18-49 demographic. ABC had a 5 share, NBC got a 4. NBC was first in total viewers with an average of 4.9 million, according to preliminary numbers. ABC was second with 3.9 million total viewers.

Also Read: 'The Middle' Spinoff Ordered to Pilot at ABC

Telemundo was third in ratings with a 0.6/3, but sixth in viewers with 1.4 million.

Fox was fourth in ratings with a 0.5/2 and in viewers with 2.5 million. “So You Think You Can Dance” was the only show on Fox’s primetime schedule, averaging those Nielsen numbers.

CBS and The CW tied for fifth in ratings, both with a 0.4/2. CBS was third in total viewers with 3.3 million, The CW was fifth with 1.5 million.

Univision was seventh in ratings with a 0.3/2 and in viewers with 1.1 million.