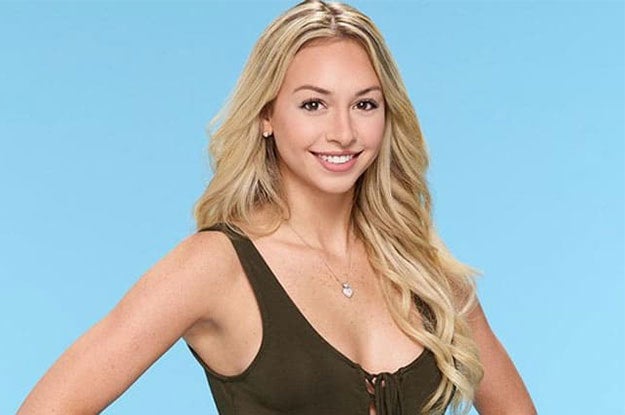 Corinne Olympios’ attorney has released a statement after Warner Bros. announced Tuesday that the company’s concluded its investigation into allegations of misconduct on “Bachelor in Paradise,” claiming footage from the shoot “does not support any charge of misconduct by a cast member.”

“It needs to be made crystal clear that production of ‘Bachelor in Paradise’ was shut down because of multiple complaints received from ‘BIP’ producers and crew members on the set. It was not shut down due to any complaint filed by Corinne against anyone,” Martin Singer said in a statement. “It comes as no surprise that Warner Bros., as a result of its own internal investigation, would state that no wrong doing had occurred. Our own investigation will continue based on multiple new witnesses coming forward revealing what they saw and heard.”

In its statement, Warner Bros. said, “As we previously stated, we recently became aware of allegations regarding an incident on the set of ‘Bachelor in Paradise’ in Mexico. We take all such allegations seriously. The safety, security and well-being of the cast and crew is our number one concern, and we suspended filming so that the allegations could be investigated immediately and thoroughly.”

Warner Bros. announced on June 11 it had halted filming on the ABC dating series following “allegations of misconduct.” According to numerous accounts, the incident in question involved two cast members who had been drinking, and contestants Olympios and DeMario Jackson both issued statements indicating they were the ones involved.

Jackson told “Inside Edition” that he wanted the footage in question to be released in order to help clear his name, but Warner Bros. does not plan to do so.

“Out of respect for the privacy interests of those involved, we do not intend to release the videotape of the incident,” the studio said. “We can say, however, that the tape does not support any charge of misconduct by a cast member. Nor does the tape show, contrary to many press reports, that the safety of any cast member was ever in jeopardy.”

ABC issued a statement on Tuesday praising the studio for how it handled the situation: “We appreciate the swift and complete investigation by Warner Bros. into allegations of misconduct on the set of ‘Bachelor in Paradise.’ Given their results, the series will resume production, and will air this summer on ABC.”

On June 14, Olympios announced that she had hired top Hollywood litigator Marty Singer to represent her. “I am a victim and have spent the last week trying to make sense of what happened on June 4,” she said in a statement. She referred to the situation as her “worst nightmare.”