"The Bachelor" may getting up there in age, but it’s still generating dreamy ratings for ABC.

The network’s signature dating franchise is having its best season since spring 2004, with this winter’s 14th cycle averaging a 4.0 rating/10 share in adults 18-49, according to Nielsen. Among all viewers, the show is bringing in 11.3 million viewers — up 7 percent from last season.

And among its target demo of young women, "The Bachelor" is on fire: It’s the No. 7 show on all TV among women 18-49. Among reality shows, only "American Idol" does better in the female demo.

Not bad for a franchise that not long ago was written off for dead. 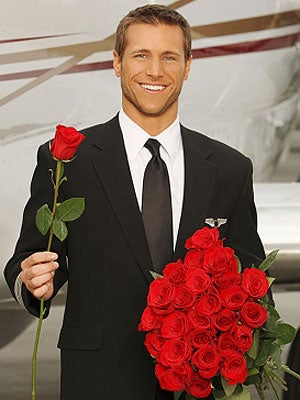 ABC scheduling chief Jeff Bader chalks up the show’s ratings renaissance to several factors, including a decision to begin casting bachelors who’d appeared in past installments of companion series "The Bachelorette" in leading roles on "The Bachelor."

"They’re all spinoffs now, so we have a built – in audience," he said.

An ABC-sanctioned "controversy" over one contestant’s affair with a producer certainly didn’t hurt the Nielsen numbers this season, either. And the network did a big promotional push for the show in December.

This year’s ratings uptick for "The Bachelor" continues a surge that began three years ago– and exploded last season. The winter 2009 edition of the franchise was up more than 30 percent from 2008, making the 2010 uptick all the more impressive.

"The Bachelor" — from Warner Horizon Television and Mike Fleiss’ Next Entertainment — is doing well even though CBS’s Monday comedy block continues to surge this year, particularly "The Big Bang Theory." Fox also remains a force with "House" and, to a lesser extent, "24."

One thing helping "The Bachelor" is that the countless clones which came in the wake of its original success have mostly fallen away. Rival broadcast networks shamelessly aped ABC’s hit (think "Average Joe" or "Beauty and the Geek"), while VH1 built an entire lineup around campy celeb-driven derivations of "The Bachelor."

"It does help that there are no other big rip-offs on the air right now," Bader said. "But I think there’s something genuine about (the original). There’s nothing gimmicky about it … This show is real. These are people who really are looking for love."

ABC has also taken a page from the NBC playbook for "The Biggest Loser," supersizing "The Bachelor’s" running time — first to 90 minutes, now to two hours.

Another surprising aspect of the "Bachelor" phenom: Rich people love the show. A lot.

While many reality series tend to skew a bit downscale, "The Bachelor" this season is a top 10 series with viewers 18-49 who live in homes with annual incomes over $100,000. Its performance in that demo is up 28 percent vs. last season, and ranks behind only "American Idol" with rich reality fans.

And in terms of the concentration of upper income viewers — the so-called "upscale index" — only Fox’s "Glee" does better among both scripted and unscripted series.

Meanwhile, ABC is planning to keep this season’s "Bachelor" momentum going as long as possible.

The show’s finale March 1 will be followed a week later by a two-hour special celebrating the marriage of "Bachelor" alums Jason and Molly. And then, on March 15, there’ll be a two-hour special edition of "20/20" that goes inside "The Bachelor" machine.