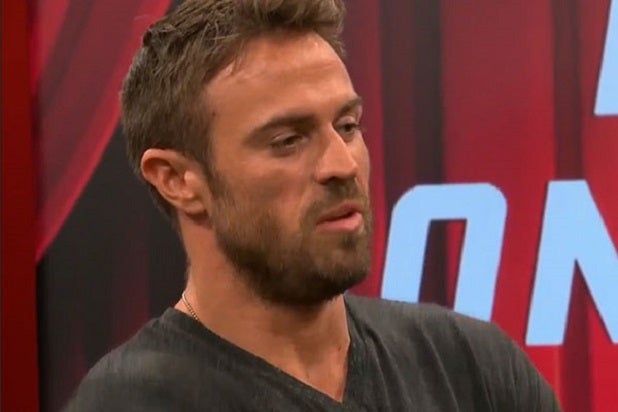 “The Bachelorette” heel went into apology mode Tuesday night after mocking “Bachelor in Paradise” contestant Sarah Herron’s missing arm during the show’s premiere. But as Herron sees it, he’s going to have to do a lot better than a social-media mea culpa.

Johnson hit up Twitter to apologize to Herron, admitting that he was a “dick” for making light of her infirmity.

“I should’ve never ever EVER said that abt @sarahherron tonight,” Johnson wrote, in a post that included a brief video apology. “I was a dick im disappointed in myself.”

During Tuesday night’s premiere of ABC reality series “Bachelor in Paradise,” Johnson called Herron a “one-armed bitch” after Herron accused him of being abusive. In his confessional segments, Johnson also referred to Herron as “Army McArmenson.”

Johnson’s apology was apparently inadequate in Herron’s eyes, who essentially swatted him with the olive branch he extended her.

“If @realchadjohnson is really sorry, which I believe he is… he knows how to correct it with me personally,” Herron wrote on Twitter early Wednesday. “Doesn’t need to be on a stage.”

I should’ve never ever EVER said that abt @sarahherron tonight. I was a dic k im disappointed in myself pic.twitter.com/6hV2suBHRY

If @realchadjohnson is really sorry, which I believe he is… he knows how to correct it with me personally. Doesn’t need to be on a stage.