ALEC BALDWIN
Best Actor in a Comedy, "30 Rock"
Alec Baldwin was asked which guest star he’d most like to see on “30 Rock." “McCartney,” he shot back. Paul McCartney?  “Yes, I want McCartney to come on. We’re working on it.”

So, does he have plans to run for political office soon? Probably not. “Right now, the show is what I’m doing,” he says. “It takes a lot of time, and I have the candidacy of a lot of other people to support.” 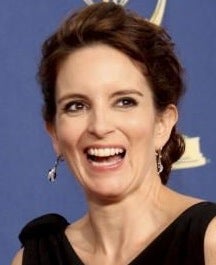 Who’s Fey’s dream “30 Rock” guest star? “Meryl Streep,” she says. “I think she’d be a great love interest for Alec (Baldwin), but maybe they’ve already did something like that in a movie.”

Fey was also asked about Miley Cyrus’ controversial stripper-pole performance at the Teen Choice Awards: “I think working the pole is a right of passage in Western culture that we can expect all of our daughters to … to pass.

Like virtually everyone else at the Nokia Theatre on Sunday, she had nothing but nice things to say about the show’s host: “I thought Neil Patrick Harris did an excellent job. He moved it along really well, and it ended up being exciting to have more nominees. … It ended up being an exciting night." 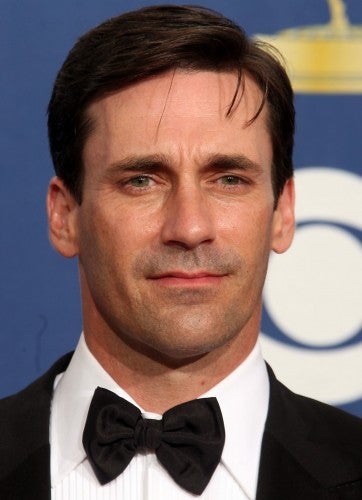 “Mad Men” creator Matt Weiner kept didn’t back away from his earlier onstage political statement: “It was amazing that eight years of darkness were over,” he said, alluding to the Bush administration. “I was excited about that … but I was speaking for myself.”

Hamm, when asked how he felt about his show winning its second consecutive drama-series trophy: "It’s completely historic for a basic cable show to win one of these, much less two. We’re just shocked, surprised and totally honored."

JEFF PROBST
Best Reality Host, "Survivor"
So what went wrong with the Emmycast last year, when Probst was a host? “Well, we kind of talked about it to death, but five people hosting a show is not a good idea. It was just a failure. The irony to me is that I’m very good friends with Neil, and when I said out there, ‘That is how you host a show,’ I meant it. The guy can sing, dance, do tricks, and that’s the kind of guy you want to host the show."

How about “The Amazing Race”? Should the show have won again? “They’ve got it locked in,” Probst says. “You can’t say it’s not a good show, because it is. But just like Oprah did, you might say, ‘We’ve got enough, our walls are lined, let the trophy go to someone else.’”

And how about that whole Kanye West situation? “I’m glad nobody came up and tried to mess with me because I would put a forearm into their left cheek." 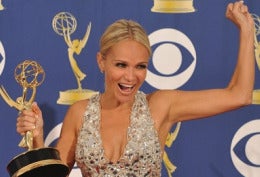 KRISTEN CHENOWETH
Supporting Actress in a Comedy, "Pushing Daisies"
The win is “more sweet than bitter,” Kristen Chenoweth says of how it feels to win for a series that was canceled months ago.

Chenoweth has an episode of "Glee" coming up next week. “I fully expect Jane Lynch will be up picking up this award next year,” said Chenoweth, referring to Lynch’s ball-breaking Sue Sylvester character on Fox’s new breakout series.

GLENN CLOSE
Actress in a Drama, "Damages"
Close, winner for the second consecutive year for her lawyerly role on FX’s “Damages,” on the improvement of TV writing in recent years: “When I first did television, in the ’80s, it was a totally different landscape. HBO didn’t exist … With the emergence of HBO, that started to change the landscape. And the writers on cable, more often than not, are given much more creative freedom than on network. That’s where creative people want to go. The consistently best writing are on some of these shows, ours included, that don’t adhere to any particular formula but just tell good stories.”

JESSICA LANGE
Actress in a Miniseries or Movie, "Grey Gardens" 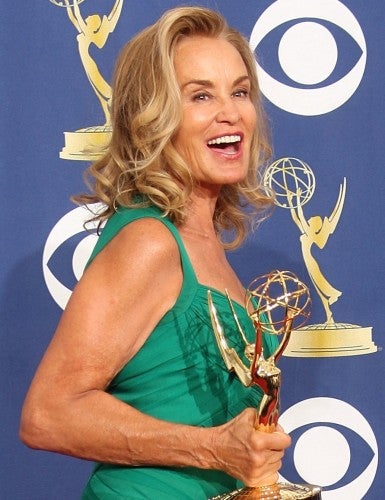 Veteran film actress Lange weighed in on the improvement in television in recent years. “I think the roles have gotten better and better. I’m living proof. Maybe five or 10 years ago, (‘Grey Gardens’) would have been a feature film. You look around and see the actors who were nominated, the work that is done, the excellence — it’s really striking.”

BRYAN CRANSTON
Best Actor in a Drama, "Breaking Bad"
Cranston says that in the upcoming third season of his AMC series “Breaking Bad,” his wife will find out he’s a meth kingpin: “This show was predicated on the notion that if my wife on the show found out what I was doing, all bets were off. It’s a game ender. And this season, she finds out what I’m doing. How she reacts to that, I don’t know.”

BERTRAM VAN MUNSTER
Reality Competition Program, "Amazing Race"
On winning the reality competition trophy for the seventh straight year: “There was actually no pressure at all, because I didn’t think we were going to win. And then we did win. I was speechless.”