"CSI" got murdered in the ratings Thursday and the Nielsen police have identified a snarky yet cute couple going by the alias "Jim and Pam" as possible suspects in the grisly butchering of the venerable crime franchise.

Ratings watchers can’t recall "CSI" finishing third in its Thursday timeslot vs. original, regularly scheduled series competition before– though MoJoe’s Nielsen moles are still checking on that. We’ll update when we know for sure.

Elsewhere in the ratings circus Thursday:

–ABC’s "Flash Forward" (3.0/9, 9 million) lost another 19 percent of its demo audience week-to-week. It still ranked second in the timeslot– and first in adults 18-34– but Alphabet executives clearly want this show to stabilize, soon. (Or, possibly, for baseball season to be over– now.) 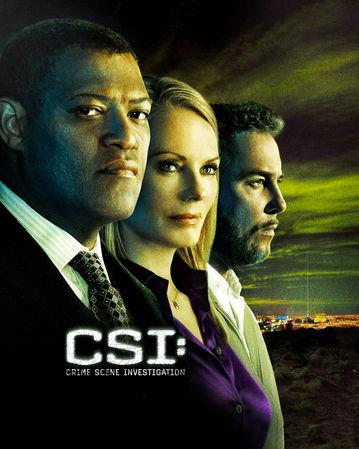 –The good news for NBC at 8 is that the regular time period premiere of "Community" (2.0/5, 5.1 million) improved by 18 percent over "SNL Weekend Update Thursday". But the show was down 31 percent from its 9:30 p.m. Thursday ratings last week, and finished a distant fourth in the timeslot (and fifth among women 18-49, behind CW’s "Vampire Diaries").

As for the aforementioned "Office," it had its best demo number since March and its biggest overall audience in about a year. It also won the hour in adults 18-34.

The Jay Leno/Future of Television Watch Sponsored by the Department of State: 1.7/5. 4.8 million viewers. Up from last week but the young folks who watched "The Office" couldn’t flee fast enough. These numbers show "Leno" doesn’t seem to get much of a boost from NBC’s comedy lead-in and instead has its own audience.

–Hey, look at Fox’s "Bones" (2.8/8): It improved 4 percent in the demo and came within a nose of beating ABC in the hour. In the much tougher 9 p.m. slot, "Fringe" (2.1/5) lost another 9 percent, not to mention much of whatever buzz and momentum the show had built up last spring and over the summer.

The combo of the two shows has helped boost Fox 39 percent in adults 18-49 vs. last season.