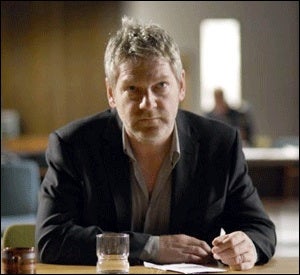 Kenneth Branagh was named best actor by the BAFTA TV awards, taking the coveted prize for his role in the Scandinavian crime series "Wallander."

Julie Walters, twice nominated in the actress category, won for the political biopic "Mo." She also was nominated for the drama "A Short Stay in Switzerland."

Best male and female comedy performances went to Peter Capaldi and Rebecca Front, who both star in the BBC’s political satire "The Thick of It," which won for best sitcom.

For the full list of winners, go to BAFTA.org.