And I work in publicity. 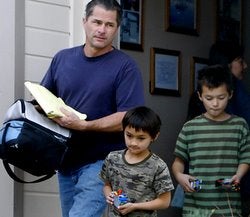 But … ouch! It hurt to see the stunt dismissed as “publicity” in that tone we all use when referring to “health insurance providers,” “AIG out-of-town conferences” and “Bernie Madoff.”

In defense of my chosen profession – hell, someone needs to step up and do it – let me say: Publicity isn’t necessarily evil.

And by the way? You know that’s true.

If information is the currency of Hollywood and sex is its hobby, publicity is its oxygen. For TheWrap.com readers who work in the industry, you rely on smart PR to elevate your work or yourself above the competition. For those readers who are industry observers, realize that you make your entertainment choices based on what pops out at you most effectively via publicity.

The screaming, crying crowd of teenage girls greeting the Beatles when they first landed in the U.S. in 1964?

You guessed it. And not only was that gimmick fairly transparent, it was widely embraced by fans.

Some pundits are saying that this obsession with publicity is a 21st-century phenomenon.

Hardly. Ben Franklin was known for regularly shlepping a wheelbarrow full of books all around colonial Philadelphia. According to historians, he didn’t necessarily read them. Just wheeled ‘em around town in plain sight. But the stunt was effective in making him look really smart, for 200 years and counting.

And Napoleon, Washington, Gandhi, Jesus and Moses were quite the PR professionals, all with famously positive results.

There are three factors that make publicity different now.

The first is that a whole class of people has emerged who simply crave fame like crack, and they won’t let anything, certainly not unending public ridicule, get in their way. If I’d been busted as openly and deeply today as the Heenes, I’d be entering the first cloistered convent that would take me. And I’m Jewish.

Of course, they’ll never overtake the bar set by the Jackson family and their supporting cast of hangers-on.

The first factor doesn’t mean a thing without the second: endless opportunities for attention. Reality shows are certainly guilty, not just for attracting nuts but for nurturing them, too. But so are all media outlets, especially the cable news networks, that milk these stories and people for all they’re worth to get a bump in the ratings.

And they’re supplemented by bored bloggers and uninspired tweeters who, lacking anything original to add to the online dialogue, simply post a comment and pass such stories along. I’m guilty of that at the moment.

And the final factor is you.

The days when Hollywood publicists could invent award competitions or romances to raise awareness of actors and movies are over. We, the public, now have the reach and immediacy of the Internet to successfully poke at cracks in posturing, point out contradictions and spill secrets. In turn, we’ve all developed more finely tuned bullshit detectors than ever.

While CNN is boasting that it’s responsible for breaking open the Heenes’ scam, the real story was bound to come out fairly quickly. The public’s growing skepticism over this increasingly fishy tale generated investigative crowdsourcing: sharing of Heene home videos, releases of documents from former associates and the revelation of further elements that was rapidly dismantling their argument.

Simply put, publicity has evolved into two extremes. At one end, there are the amateurish attempts, usually by unmitigated fame-whores, which early on smell dreadful and make you roll your eyes.

At the opposite end of the spectrum, there are clever gimmicks that get you thinking, make you laugh and – if those of us in our field do our jobs right – inspire you to action.

All of which reminds me of that old joke about two elderly women at a Catskills resort. One of them says, “Boy, the food in this place is really terrible.”

And the other one says, “I know. And such small portions."