In a filing sent Thursday to the Los Angeles Superior Court and obtained by TheWrap, Margera’s attorney Dennis S. Ellis filed a request for the lawsuit to be dismissed with prejudice, meaning that it cannot be filed again. It was not indicated whether a settlement with the defendants has been reached. TheWrap has reached out to Ellis’ office for comment.

In the lawsuit, Margera claimed that he had been “coerced” by Jonze and Knoxville into signing an agreement requiring him to submit to multiple alcohol and drug tests in order to be a part of “Jackass Forever,” and that he was fired from the project in August 2020 so that Paramount and the film’s producers could profit off of the film without compensating him. 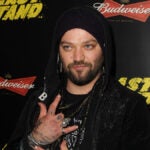 He also claimed that his failed drug tests during production were due to his use of Adderall to treat attention deficit disorder and that Paramount fired him without giving him a chance to explain.

Defense attorneys for Paramount and the “Jackass” team said in filings that Margera had been compliant with the wellness agreement he had signed during the first few months of filming, but later broke off contact with his treatment team, dodged several tests and was found using illicit drugs again.

In the final cut of “Jackass Forever,” Margera is briefly seen participating in a stunt with several “Jackass” cast members and via archival footage used for a montage that is shown as the film’s credits roll. His name is included near the bottom of the 49 performers listed during the credits.