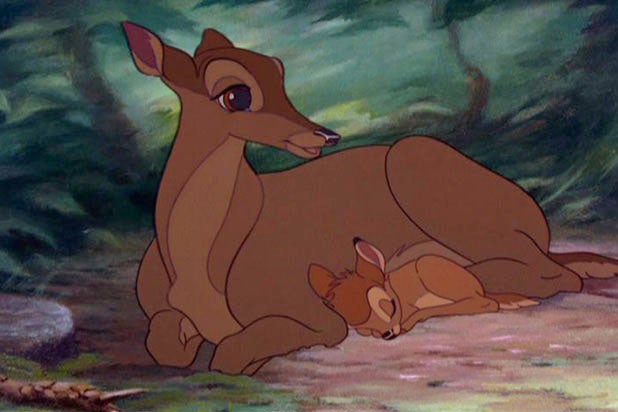 Following the success of 2019’s “The Lion King,” “Bambi” is the latest Disney animated classic to get the live-action treatment, according to an individual with knowledge of the project told TheWrap.

Disney has hired Geneva Robertson-Dworet (“Captain Marvel,” “Tomb Raider”) and Lindsey Beer (“Sierra Burgess is a Loser,” “Chaos Walking”) to write the script for the live-action remake of the 1942 animated classic.

Depth of Field (“The Farewell”), the production banner run by Chris and Paul Weitz and Andrew Miano, will produce the live-action remake.

The original coming of age animated classic centered on a young deer named Bambi who joins his new friends, a rabbit named Thumper and a skunk named Flower, in exploring his forest home. As Bambi grows up, he learns that there is tragedy as well as beauty and joy in his forest world and on the path to adulthood. The film received three Oscar nominations — Best Song, Best Score and Best Sound.

The studio had a major success with the live-action updates of its animated classics 2019, with both “The Lion King” and Guy Ritchie’s “Aladdin” grossing a $1 billion worldwide. The studio has “The Little Mermaid,” starring Halle Bailey, and David Lowrey’s “Peter and Wendy” in the pipeline.

Robertson-Dworet and Beer are two of the towns most sought after tentpole writers, as the duo are writing Universal’s female “Fast & Furious” spinoff. Along with fellow screenwriter Nicole Perlman (“Guardians of the Galaxy”), the trio runs production banner Known Universe, which is known for its female-fronted stories.

The Hollywood Reporter first reported the news of the remake.