Barack Obama has a song on the Billboard Hot R&B Songs chart — yes, for real. Our 44th president just debuted at No. 22 for his work on “One Last Time (44 Remix).”

The song is an updated version of a ditty from Lin-Manuel Miranda’s smash-hit musical, “Hamilton.” Christopher Jackson and gospel singer BeBe Winans do the heavy-lifting on the tune singing-wise, while Obama recites a passage from George Washington’s 1796 farewell address.

For those light on history lessons, Washington was the O.G. U.S. POTUS.

Here is Obama’s portion of the Hot R&B chart: 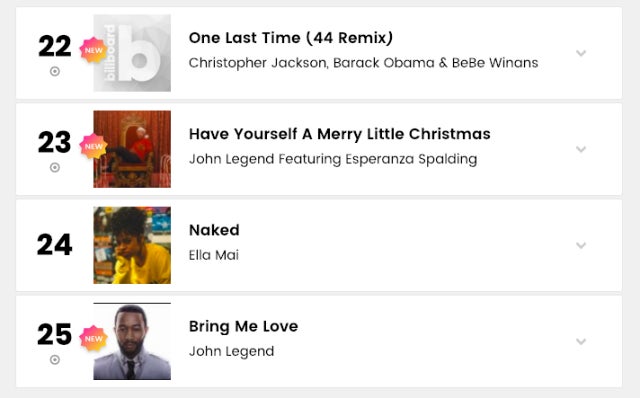 Yes, it’s our former commander in chief’s first time charting. Readers can listen to the song’s audio above.