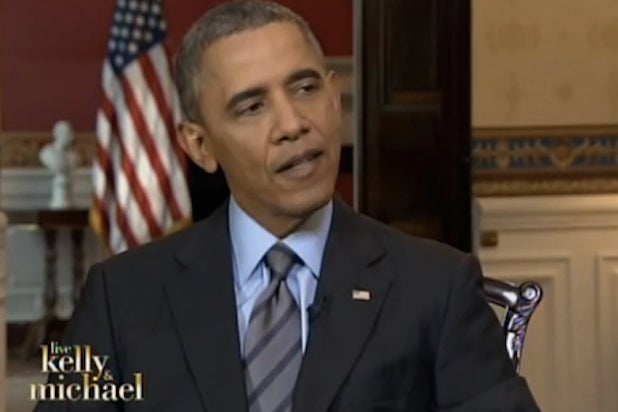 President Obama told Michael Strahan and Kelly Ripa on Friday that former secretary of state Hillary Clinton would be “very effective” if she made the choice to run for president.

“I don’t know what she’s going to decide to do,” Obama said. “But I know that if she were to run for president, I think she’d be very effective at that.”

Also read: Hillary Clinton Hits Back at GOP Over Benghazi in New Book: ‘I Will Not Be Part Of a Political Slugfest’

Obama explained that the two had bonded during their time working together and now are “really, really good friends.”

“You know, Hillary and I, we’re buddies. I think because we ran in the longest primary in history and our staffs I think were doing battle politically, the perception was that this was always kind of a marriage of convenience when she came in as secretary of state. I always admired her,” Obama said. “As soon as she got here, she couldn’t have been more effective, more loyal.”

Also read: President Obama and Zach Galifianakis Grill Each Other On ‘Between Two Ferns’ (Video)

Obama also told the morning talk show hosts that his daughter Malia had attended prom but demurred about whether she had a date, joking that was “classified information.”