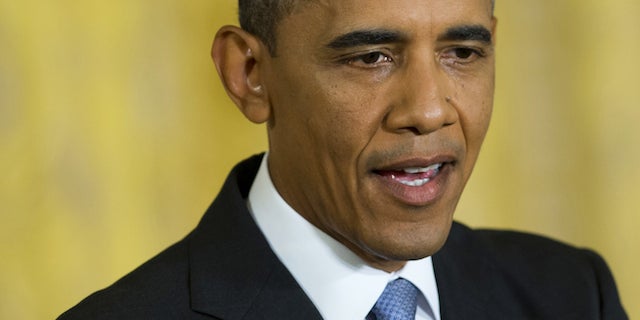 Oprah Winfrey, Cuba Gooding Jr., and Forest Whitaker have received one of the highest honors an actor can receive: Props from the President.

In an interview with radio personalities Tom Joyner and Sybil Wilkes, President Barack Obama said he had seen "Lee Daniels' The Butler" and was impressed with all the actors involved.

"Well, my favorite part was probably some of the jokes Cuba Gooding told," Obama said. "But all of the acting was terrific, and I thought Forrest Whitaker was wonderful. And Oprah, my girl, she can act. She’s just a wonderful actress. So I’m glad they did it."

Based on the life of Eugene Allen, "The Butler" stars Whitaker as a White House employee who served eight presidents as the African American community struggled for acceptance during the civil rights movement.

And yes, Obama — the first black man to ever hold the Oval Office — was so touched by the civil rights film, that he couldn't help but tear up.

"I teared up just thinking about not just the butlers who have worked here in the White House, but an entire generation of people who were talented and skilled, but because of Jim Crow, because of discrimination, there was only so far they could go," Obama said. "And yet, with dignity and tenacity, they got up and worked every single day, and put up with a whole lot of mess because they hoped for something better for their kids."

While on the subject of butlers in the White House, Obama had plenty of kind words for those currently serving his family.

"And I will tell you that the butlers who are now here in the White House, when we first arrived, when Michelle and the girls first arrived, they could not have been kinder to us and warmer to us," Obama said. "And part of it, I suspect, is they look at Malia and Sasha and they say, 'Well, this looks like my grandbaby,' or 'This looks like my daughter.' And I think for them to have a sense that we’ve come that far was a powerful moment for them, and certainly a powerful moment for us. We love them to death. They look after us just wonderfully."