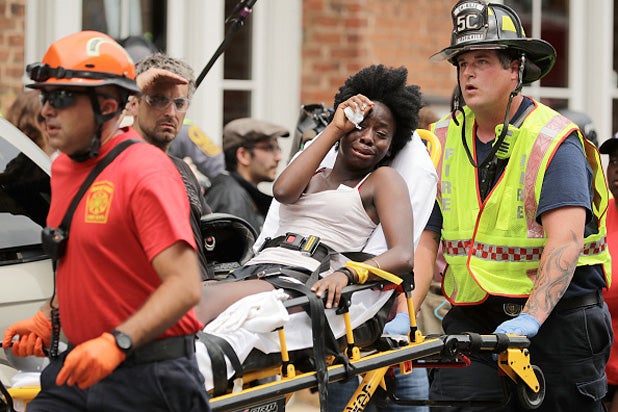 Obama took to Twitter to offer a reflection on the nature of hatred and love, courtesy of Nelson Mandela.

“No one is born hating another person because of the color of his skin or his background or his religion…,” the president tweeted in a series of messages. “People must learn to hate, and if they can learn to hate, they can be taught to love…”

“‘ …For love comes more naturally to the human heart than its opposite.’- Nelson Mandela,” Obama concluded.

The message came following a day of violent unrest in Charlottesville, after white nationalists descended on the city to protest the planned removal of a statue of Confederate General Robert E. Lee. Police evacuated crowds from Emancipation Park, where a rally was to be held at noon, after the white nationalists faced off with counter-protesters. Virginia governor Terry McAuliffe was prompted to declare a state of emergency.

The violence culminated in a multi-vehicle incident during which a car plowed into a crowd of counter-protesters. One person was reported dead and 19 injured. More than 30 were hurt in total as a result of events at the rally. Two Virginia State Police troopers were also killed when a police helicopter assisting with the melee crashed outside of Charlottesville. The incident is under investigation but police say that foul play is not suspected.

Also Read: Trump Speaks Out After Charlottesville Protest Violence: 'We ALL Must Be United'

“No one is born hating another person because of the color of his skin or his background or his religion…” pic.twitter.com/InZ58zkoAm