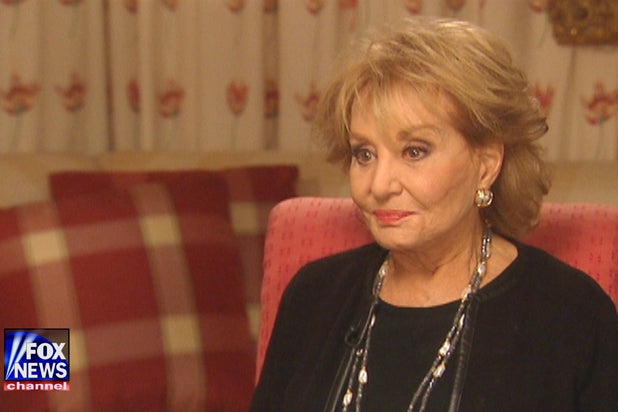 Barbara Walters will appear on Fox News’ “MediaBuzz” on Sunday to talk about her long career, including “The View” and “20/20.”

“The View’s” newest addition Jenny McCarthy got a mention, too.

Walters told Howard Kurtz: “I think the criticism about her was unfair and it was criticism that had to do with very personal views” — including McCarthy’s belief that autism and vaccines are linked.

“I think it was at the root of some of the criticism,” Walters said. “It’s not a subject that we have discussed on ‘The View.'”

The longtime “20/20” host also talked a bit about how that program has changed since her reign, saying it’s “not the news magazine that it was.”

“It’s very popular but it’s much more theme and crime oriented, and so the news magazine per se doesn’t exist,” Walters said. “So that the kinds of interviews I did, I would probably put them on ‘Good Morning America.’ We don’t have the same programs and we don’t have the same need for those in-depth political interviews that we used to have.”

That was part of the reason why, Walters said, she decided to leave her anchor duties on the weekday version of the show in 2004: “I had done ’20/20’ for 25 years and I did feel that from what I wanted to do it was not the same show.”