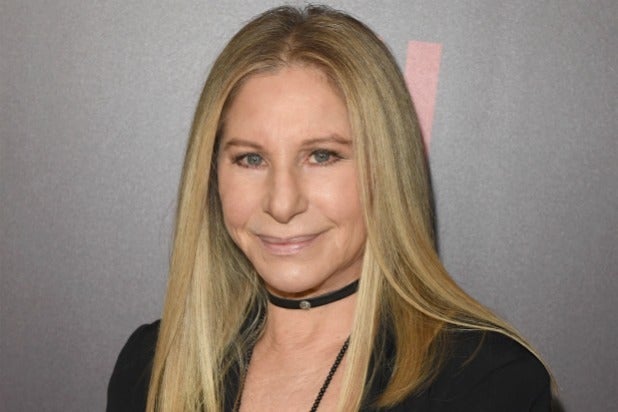 Barbra Streisand has clarified her comments about Michael Jackson’s accusers for which she has received backlash, saying Saturday that she feels “nothing but sympathy for them.”

“To be crystal clear, there is no situation or circumstance where it is OK for the innocence of children to be taken advantage of by anyone,” her statement obtained by TheWrap said. “The stories these two young men shared were painful to hear, and I feel nothing but sympathy for them. The single most important role of being a parent is to protect their children.  It’s clear that the parents of the two young men were also victimized and seduced by fame and fantasy.”

In a wide-ranging Times of London interview published Friday, Streisand said of Jackson: “His sexual needs were his sexual needs, coming from whatever childhood he has or whatever DNA he has.” She also said that on the few occasions they met, Jackson, who died at age 50 in 2009, was “very sweet, very childlike.”

Streisand told The Times that she “absolutely” believes the accounts of Jackson accusers Wade Robson and James Safechuck that were documented in “Leaving Neverland,” but said that watching the film was “too painful.”

She added: “You can say ‘molested,’ but those children, as you heard [the grown-up Robson and Safechuck] say, they were thrilled to be there. They both married and they both have children, so it didn’t kill them.”

In the documentary, Robson and Safechuck said Jackson spent years grooming their careers when they were children and gaining their trust, while also molesting them. Jackson’s estate has denied the accusations and is suing HBO for more than $100 million, saying the cable outlet violated a 1992 non-disparagement agreement.