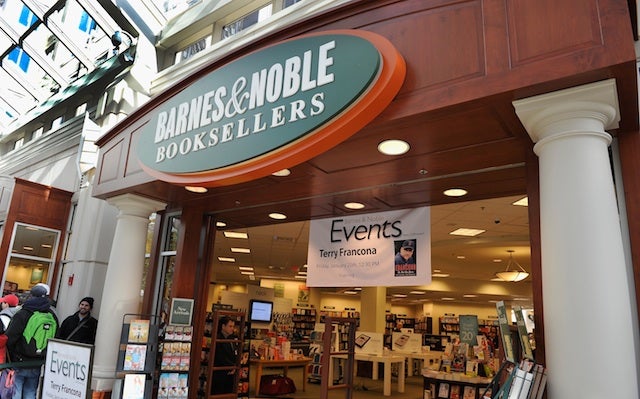 Barnes & Noble is turning the page on its brick-and-mortar business as the Nook maker plans to shutter up to a third of its physical locations over the next decade at an increased average of five more stores per year, the Wall Street Journal reported.

The bookseller chain, which has tried to stave off the fate of one-time rival Borders by focusing on its e-reader business, will pare down its 689 stores to about 450 to 500, Mitchell Klipper, the chief executive of Barnes & Noble's retail group, told the newspaper.

That breaks down to an average of about 20 stores closing per year, up from the average annual closing rate of about 15 stores with 30 openings each year through 2009.

In a statement to TheWrap, spokeswoman Mary Ellen Keating said the Journal story "implies that our rate of store closures has changed" but the number remains consistent with analysts' expectations.

"Barnes & Noble has not adjusted its store closing plan whatsoever," she said in the statement. "We have historically closed approximately 15 stores per year for the last 10 years. Of that number, some of the stores are unprofitable while others are relocations to better properties. The numbers reported today by the Wall Street Journal are consistent with analysts' expectations."

She also noted that the bookseller opened two "new prototype stores" in 2012 and 2013, and plans to test more this year

Rival bookseller Borders Group, unable to compete with Amazon's prices and both Amazon and Barnes & Noble's grasp of the ebook market, began liquidating all its stores in 2011.