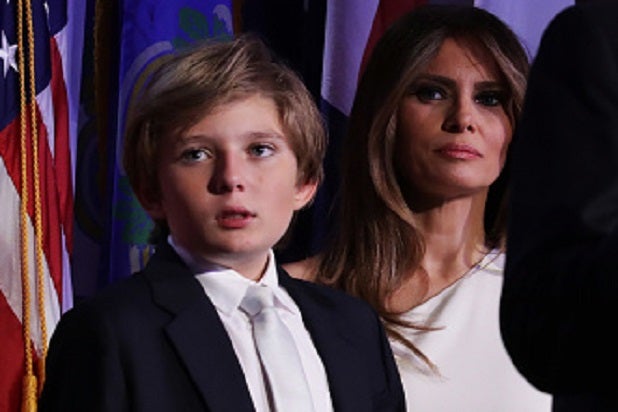 The man who posted a YouTube video suggesting that 10-year-old Barron Trump might be autistic pulled the video and issued an apology on Tuesday, a day after being threatened with legal action by Barron’s mother, future First Lady Melania Trump.

“In the video, I suggested Barron Trump might suffer from autism. That is in fact 100 percent false,” Hunter said. “It was incredibly irresponsible of me to diagnose Barron Trump using a selection of misleading videos.”

Hunter added, “Many of the videos I used showed Barron Trump behaving like any normal kid would at 3 a.m. I falsely correlated him trying to stay aware and occasionally doing quirky things, with him suffering from autism. This was incredibly foolish of me.”

Hunter added that, while he intended the video to be an anti-bullying effort, “Unfortunately, I completely misdiagnosed a person and ended up making a video that was false, defamatory and malicious.

“I retract every single statement I made in that horrendous video, and want to sincerely apologize to the Trump family, especially to Melania and Barron Trump,” he continued.

The retraction comes just a day after Melania Trump threatened legal action over the video. According to TMZ, she sent a letter stating that the video — which cites supposed signs of autism, such as clapping without slapping hands — is wrong,

Trump’s attorney, Charles Harder, told TheWrap in a statement Monday, “A video was posted at YouTube recently speculating that Barron might be autistic. He is not. The video includes the hashtag “StopTheBullying” but yet the video itself is bullying by making false statements and speculation about a 10-year-old boy for the purpose of harassing him and his parents. The online bullying of children, including Barron Trump, should end now.”

The video had been viewed over 1.2 million times on YouTube since being uploaded on Nov. 11.

“Donald Trump’s youngest son Barron Trump might be autistic, and it’s time for people to stop bullying him for his ‘strange’ behavior. Let’s follow Melania Trump and #StopTheBullying,” the video description reads.

The seven-minute video points to several of Barron’s mannerisms, captured on camera during the few times he’s appeared on TV, as evidence he may be autistic.

View the full apology in the video.