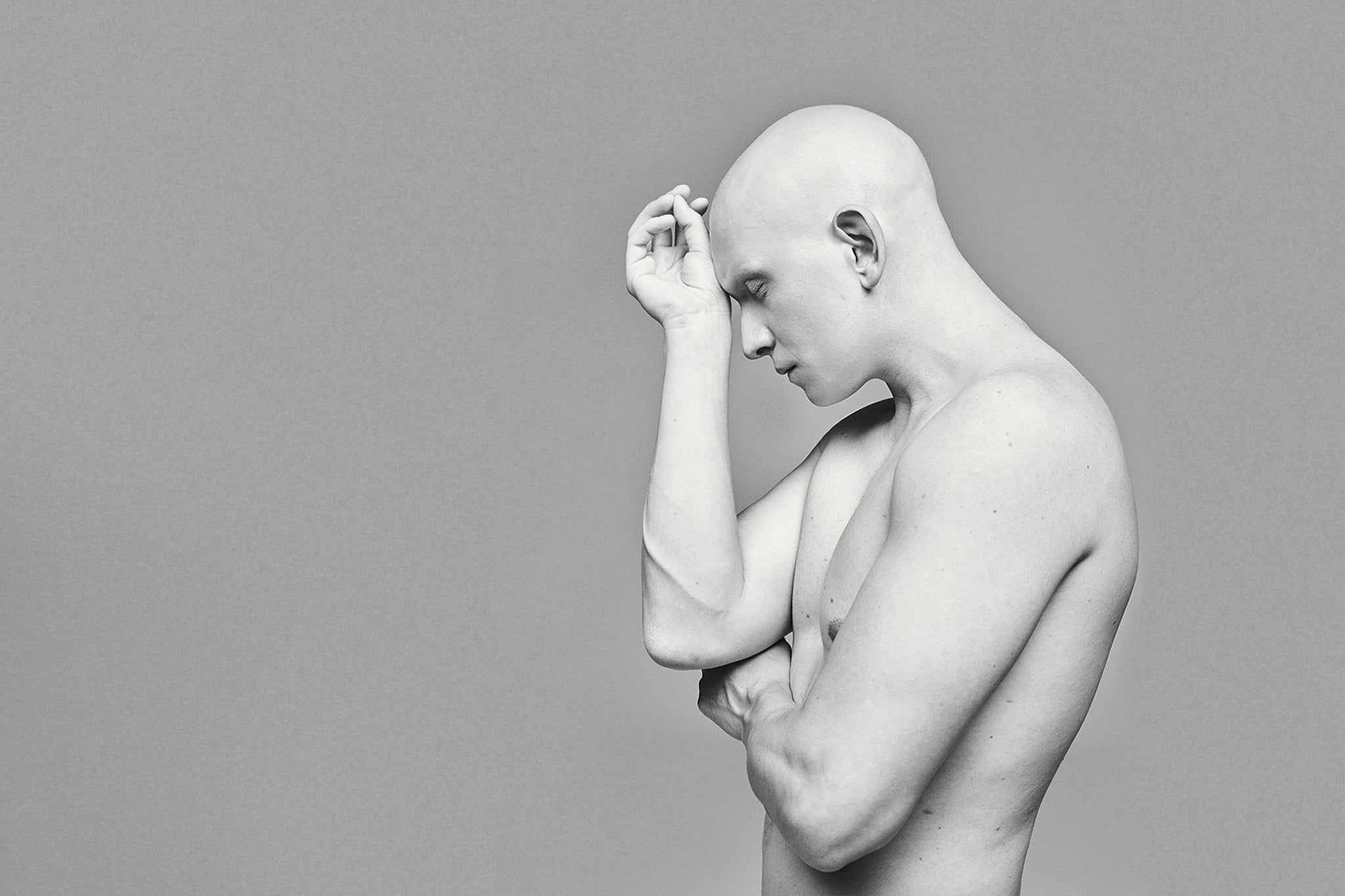 This story about Anthony Carrigan first appeared in the Comedy/Drama/Actors issue of TheWrap’s Emmy Magazine.

Who knew mobsters were so funny? And who knew playing a mobster could be so inspirational?

Anthony Carrigan’s affable, Candy Crush-loving Chechen gangster “NoHo Hank” was one of the more pleasant surprises from HBO’s dark comedy “Barry” in its debut season last year, and he was given even more room to shine in Season 2. The role has been a revelation for Carrigan, who was previously known only for the ABC drama “The Forgotten” — which ran for one season in 2009-2010 — and for his recurring role on Fox’s Batman prequel “Gotham” as Victor Zsasz.

But the breakthrough in Carrigan’s career is also a major personal step for a man who has become a spokesperson for a different kind of body positivity. At the age of 3, Carrigan was diagnosed with alopecia, an auto-immune condition that results in severe hair loss. “When I was a kid I used to have these patches of hair that would fall out,” he said. “I was very insecure about it and very shy.”

That’s where acting came in: Being on stage helped to give him a confidence he never had before and the courage to come out of his shell. “That was when I felt like I kind of found my voice, and I found my confidence,” he said. “I really wanted to, I don’t know, dig more deeply into that. So I got the acting bug and it was all going great until all of my hair fell out.”

That happened at age 30, when Carrigan lost almost all the hair on his head and body and found himself at a crossroads in his career and his life. “I had to make a choice as to whether to embrace it or try to keep hiding it,” he said. “I knew I couldn’t hold on to that shame any longer, so I just went for it. Not everyone was on board with it, not everyone thought that I could do it or that I was attractive enough to be an actor. But I did it.”

Now 36, Carrigan won’t say who tried to discourage him from acting; that’s behind him now. “What’s cool is that I would’ve never guessed that this thing that I had such shame over would not only be something that I would come to terms with, but it would be the thing that I now love the most about myself,” he said. 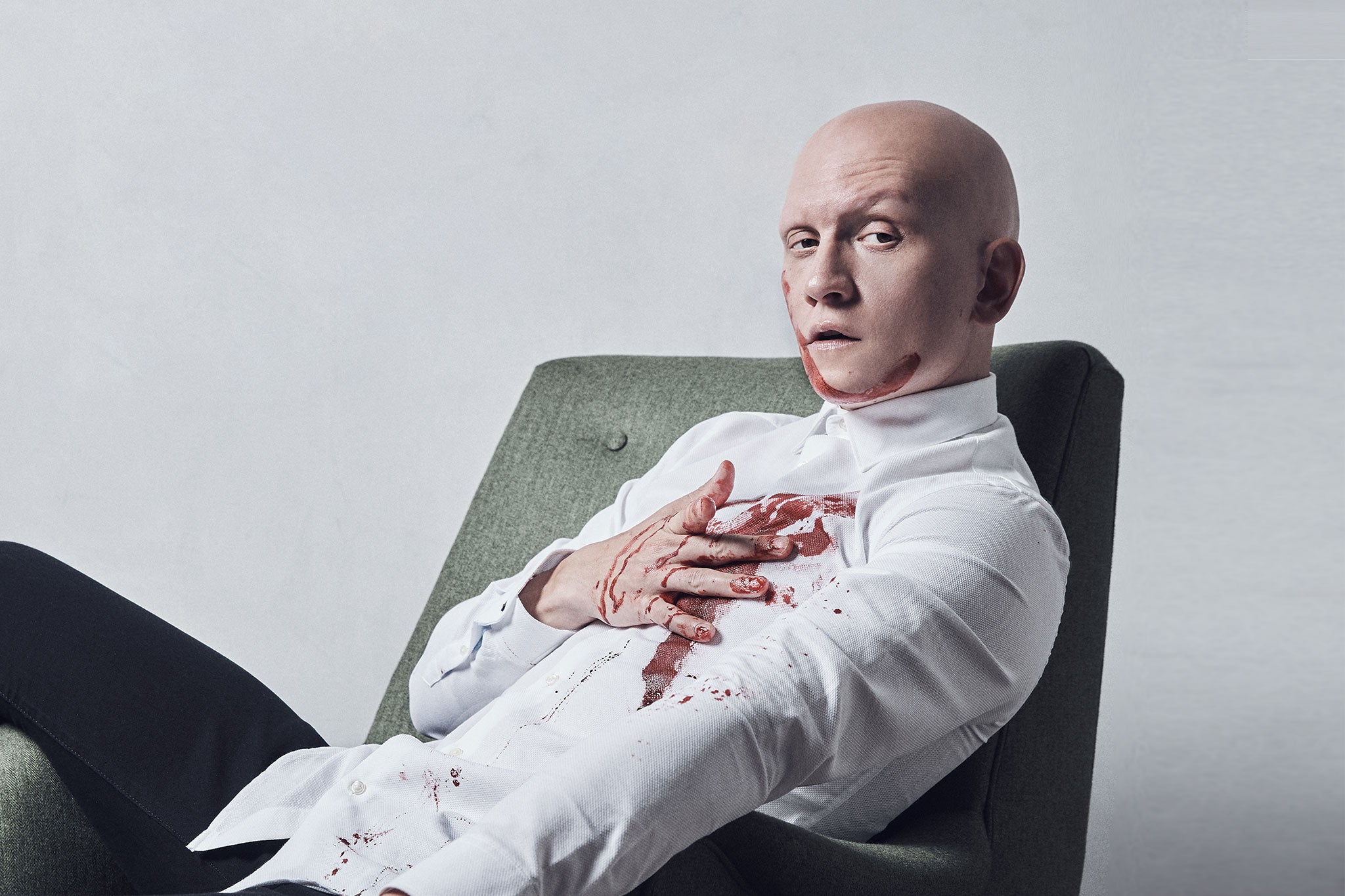 He also joked that if he could go back to the beginning of his career, he would tell himself to get out the razor right away. “‘Just shave your head and do it now and watch it all explode,'” he said with a laugh. Still, he admitted that the moments of doubt have been integral to his success. “This journey has been really important to me,” he said. “I had to go through the tough stuff in order to be where I am now. I would just say ‘Just be kind to yourself, it’s going to work out.'”

And it’s worked out with NoHo Hank, too. He’s no ordinary mobster, but perhaps the nicest and most lovable (yes, we mean that) criminal in TV history. And he’s doing it on the same network that once featured Tony Soprano. In fact, Carrigan has been perhaps the funniest part of “Barry,” which is no small feat when you’re acting across from Bill Hader.

“Leave it to the Chechen mobster to provide comic relief,” said Carrigan, who actually hails from Boston. “It’s one of the great things about ‘Barry': It takes all of these things that you expect and flips them on their heads. That’s what keeps audiences on their toes.”

That’s not bad for a character who wasn’t even supposed to survive past the pilot. Hader, who co-created the series about a hitman who gets bitten by the acting bug, revealed earlier this year that Carrigan’s mobster was supposed to die when Hader’s Barry Berkman shoots up a car at the end of the premiere episode. But Carrigan knocked his small role out of the park and was kept alive. 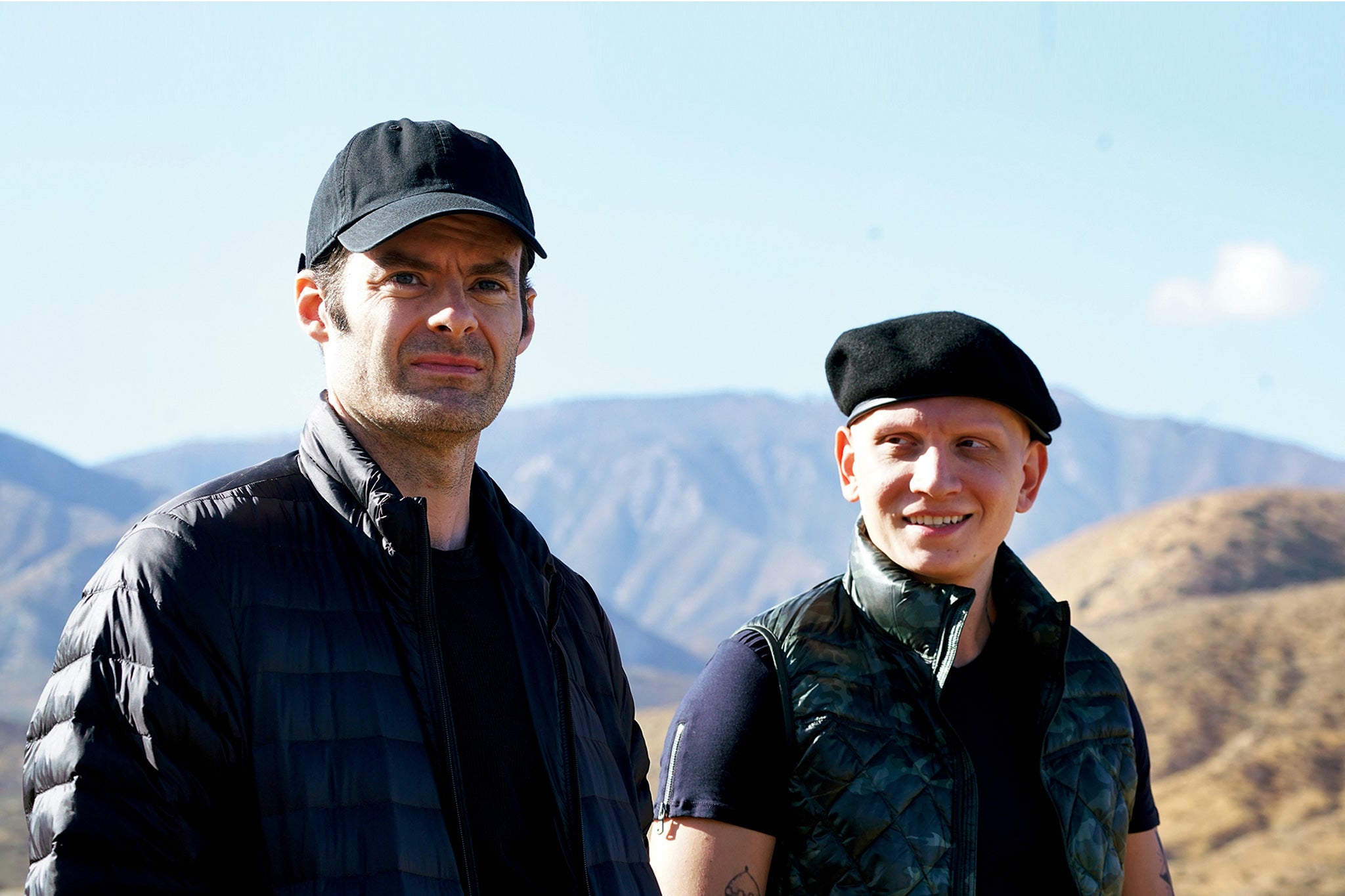 In Season 2, Hank got his own storyline. He was now in charge of the Chechen mafia, following the death of Goran Pazar in Season 1, and he struck up an unlikely but warm friendship with Bolivian mobster Cristobal (Michael Irby). But unlike most mafia shows, Barry painted this as a genuine friendship between the two heads of rival mobs, in an almost Romeo and Juliet-like fashion.

“It’s one of those things that you kind of begin to see from the beginning of the season, Hank and Cristobal really finding their groove,” Carrigan said. That dynamic changes with the arrival of a Burmese gang leader named Esther (played by Patricia Fa’asua). “You know when that other crime boss comes in and threatens your relationship with a partner in the crime-syndicate world, it really kind of sparks some jealousy. It was a really fun arc to play.”

At first blush, though, you would never assume Hank would be a mobster. “Hank is kind of the product of what he grew up in,” Carrigan said. “He just kind of went with the flow and tried his best to bring his own essence and his own personality to being a crime boss. Because of his true nature, it doesn’t really work out the best for him.” 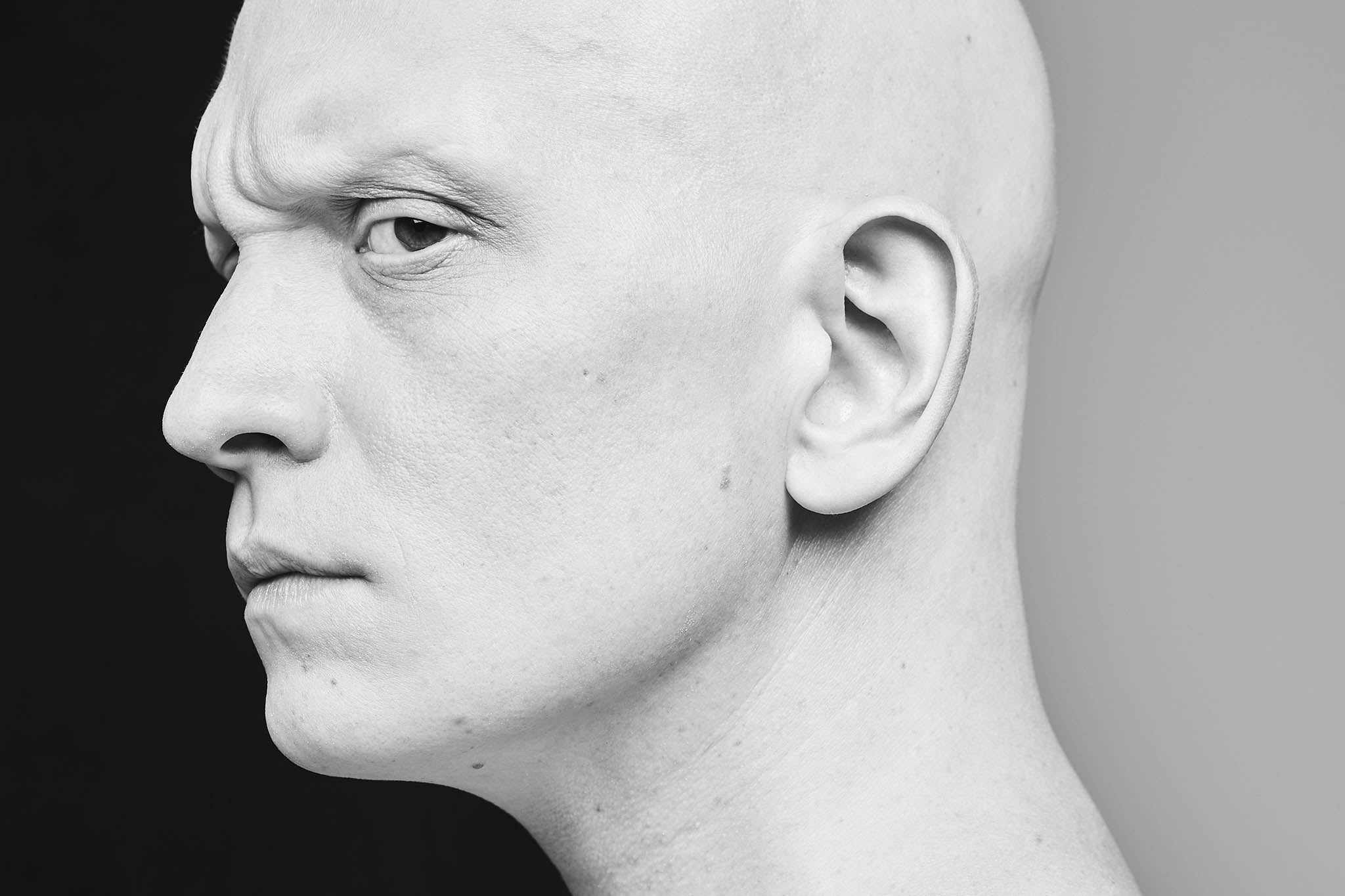 In one scene when Hank believes he and his fellow mobsters are about to be murdered, he admits that he knows he’s in the wrong line of work, describing himself as an “optometrist by nature.” So what exactly would NoHo Hank do if he wasn’t a gangster? “I think he would fit right in at Disneyland, honestly,” Carrigan said. “Just kind of welcoming people in with the funny little outfit, and a little nametag: NoHo Hank.”

Just don’t ask him where Hank got the nickname referencing North Hollywood, of all places. “The jury is still kind of out as to exactly how he chose that name,” Carrigan said, adding in a deadpan fashion, “I don’t think that’s his birth name.” Carrigan’s assumption is that Hank just landed in Southern California and wanted to be part of the crowd. “He really just wants to assimilate to Californian lifestyle. I feel like he kind of came over from Chechnya, had a really hard upbringing and just saw the palm trees and sunshine and immediately wanted to blend in.”

And now Carrigan wants to use his own success as NoHo Hank to speak out on self-esteem issues–on standing out instead of blending in. “I feel pretty compelled to speak to people about self-acceptance, body positivity,” he said. “Just letting go of the shame that people are made to feel about themselves, no matter what it is. It’s just too much time and energy wasted.”

Read more from the Comedy/Drama/Actors issue of TheWrap’s Emmy Magazine.