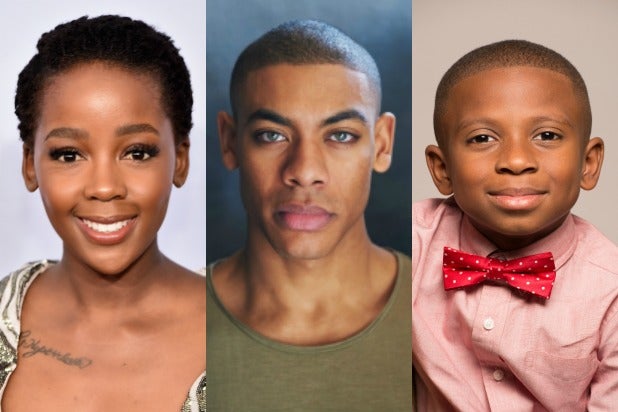 Amazon has cast three of its leads for Barry Jenkins’ upcoming adaption of Colson Whitehead’s “The Underground Railroad.”

Jenkins is directing all 11 episodes Whitehead’s Pulitzer Prize-winning and bestselling novel. Thuso Mbedu will star as Cora, with Chase W. Dillon as Homer, and Aaron Pierre as Caesar.

Whitehead’s novel centers on a young slave named Cora (Mbedu) and her journey as she makes a desperate bid for freedom in the antebellum South. After escaping her Georgia plantation for the rumored Underground Railroad, Cora discovers no mere metaphor, but an actual railroad full of engineers and conductors, and a secret network of tracks and tunnels beneath the Southern soil.

Mbedu has been working consistently in South African television. In both 2018 and 2019 she received an International Emmy Award nomination for her role of Winnie in the South African drama series “Is’thunzi.”

Dillon has a recurring role on BET’s “First Wives Club” and has been cast in the role of Young Igwe in Universal Television’s “Little America.” Pierre just wrapped the second season of SyFy’s Superman-prequel series Krypton and was last seen in Jez Butterworth’s Amazon series “Brittania.”

Amazon picked up the limited series two years ago from Jenkins, his first since directing Oscar-winning movie “Moonlight.” Jenkins will also executive produce “The Underground Railroad” through his company Pastel, along with Brad Pitt’s Plan B Entertainment. Pitt and Plan B also produced “Moonlight” with Jenkins.

No premiere date was given for the series.