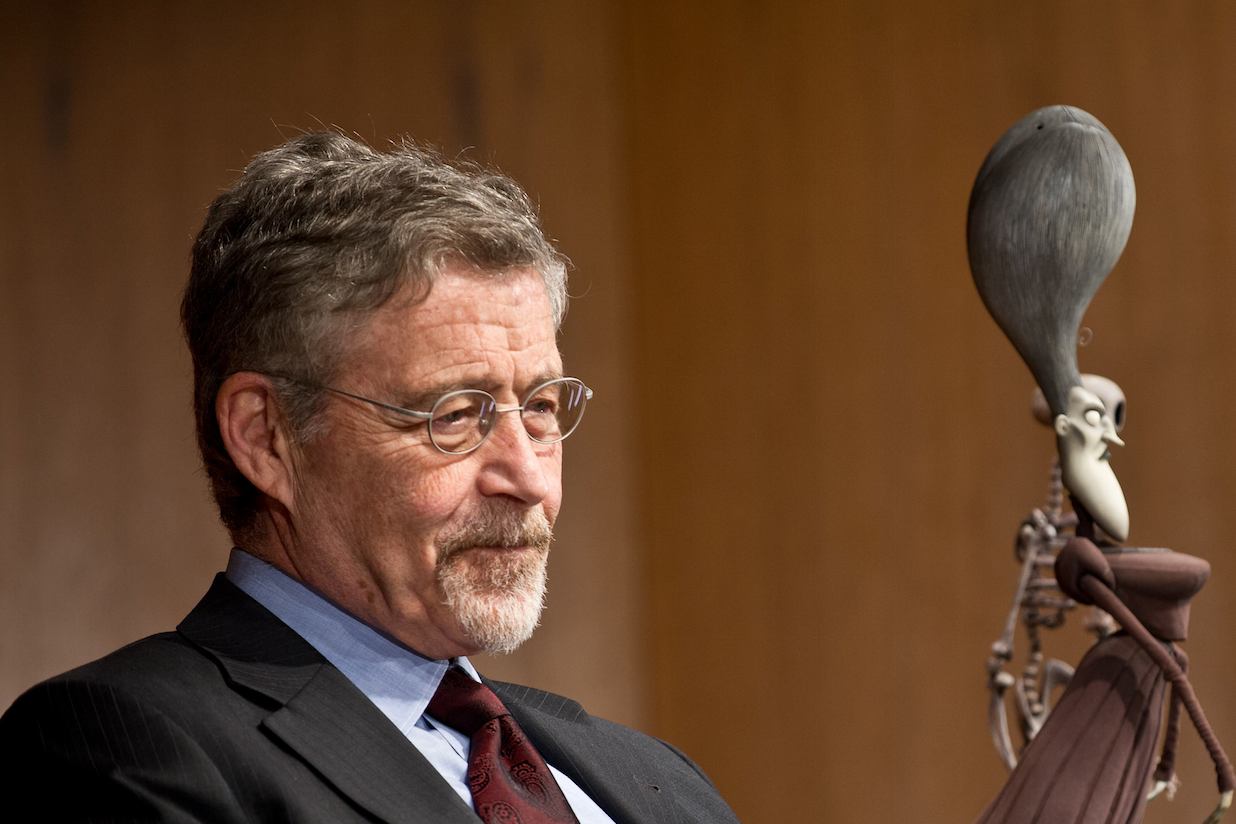 One of the most low-key moguls in Hollywood, Barry Meyer will slip from the stage this January, when he relinquishes his title as chairman of Warner Bros.

But Meyer’s 42-year tenure at the studio – a remarkable record in its own right, including 14 years at the helm – is notable for being one of the most effective in the studio’s history.

Under his stewardship, Warner Bros. has consistently ranked among the industry leaders in box office, syndication sales and television ratings, launching franchises like “Harry Potter,” driving the international success of shows like “Two and a Half Men” all while managing the company during a rocky corporate merger with AOL, the rise of digital piracy and the steep decline of home entertainment.

And yet, Meyer, 69, is someone you rarely saw quoted in the media or taking victory laps with stars of the big or small screen – he generally left that to others.

Meyer gave up the CEO title to Kevin Tsujihara last March, but has remained as chairman to ease the transition. Next month, Tsujihara will succeed Meyer in that title as well.

Typical of Meyer’s effectiveness behind-the-scenes came when the studios were trying to convince Chris Dodd, the former U.S. senator from Connecticut, to take the job as the movie industry’s top lobbyist.

Meyer and Walt Disney Company Chairman Bob Iger took Dodd to dinner and suggested his reservations about becoming the Motion Picture Association of America’s new chairman and CEO were unwarranted.

“He said ‘Be a leader,’ and that sounds like a simple enough thing to say – but that’s what he was at Warner Bros.,” Dodd told TheWrap. “He was not a grandstander at all and he does not seek the spotlight. He was not worried if his name was in the press.”

Dodd also recalled that at a screening of “Argo” by the Motion Picture Association of America, Meyer stood in the back of the room as the audience applauded director Ben Affleck and the real life CIA agent Tony Mendez, whose heroism inspired the hit film. He waved off Dodd’s attempts to take the stage and share in the adulation.

“That was a quintessential moment and that’s why he got listened to every time he talked,” Dodd said. “People knew he never had

Even Meyer’s rivals agree that the mogul’s style was one of unusual discretion (he declined to be interviewed for this piece).  “He never looked for recognition,” Ron Meyer, vice chairman of NBCUniversal, told TheWrap (no relation). “He never looked to have his name out there.”

Meyer’s accomplishments came at a time when the entertainment industry was beset by tectonic changes in how people consume, distribute and pay for entertainment.

“He was a source of stability in a choppy sea,” Hal Vogel, CEO of Vogel Capital Management, told TheWrap.

Warren Lieberfarb, the former head of home video at the studio, recalled that shortly after Meyer assumed his leadership role, Time Warner’s rank and file became dismayed that the merger with AOL had sent the company’s share price plummeting.

“There was a lot of discontent and agitation in the organization,” Lieberfarb recalled. “Barry brought stability to the company and boosted morale at a critical juncture in the post-AOL period and throughout the decade.”

Bob Daly, Meyer’s predecessor as chairman, said his one hesitation in recommending him for the job was that he lacked experience on the film side of the business, but noted that his reservations were ultimately unfounded.

“He was a terrific executive and a good negotiator, but he wasn’t a movie guy,” Daly said. “What he did do was hire great people and put them in a position to succeed. “

Meyer’s partnership with Alan Horn, who oversaw the movie side of Warner Bros., and later with Horn’s successor Jeff Robinov, yielded a string of hits such as the “Harry Potter” and “The Dark Knight” franchises and critical and commercial successes such as “Argo,” “Mystic River” and “The Blind Side.”

“The biggest part of his management style was in his selection of people he would have run his divisions,” Charles Roven,  producer of “Man of Steel” and “The Dark Knight Rises,” told TheWrap. “He had the ability to pick excellent people and to trust that they were doing a good job.”

Under Meyer, the television side of the business produced a stream of hits such as “The Big Bang Theory” and “Two and a Half Men” that made it an even bigger source of profits than the film business. Warner Bros. remains one of the most prodigious producers of television series in the world.

Meyer also was instrumental in turning the CW into a destination for younger female viewers with shows such as “The Vampire Diaries” and “Gossip Girl.”

“In the syndication arena they’ve had great success and they’ve been able to establish some first rate shows,” Bill Carroll, a television industry analyst for Katz Media Group, said. “They have a diverse lineup and they have had success each season in introducing new shows.”

Facing a challenge from digital disrupters, under Meyer’s tenure the studio pushed back against Netflix by limiting its access to new releases, while also signing deals with the streaming giants such as Amazon, that licensed television programs and other content. Warner Bros. has also been a key booster of UltraViolet, the studio backed cloud service that has helped bolster digital sales of films.

“Barry saw what was happening in the world,” Les Moonves, chairman and CEO of CBS Corp., told TheWrap. “And he encouraged his executives to experiment and figure things out.”

Not surprisingly, Tsujihara, the winner of a year-long executive bake-off that ultimately led to the departures of Robinov and TV chief Bruce Rosenblum, comes from the world of online distribution. Now he faces the challenge of maintaining Warners’ success in the face of myriad technological and social challenges.

“Kevin is a really terrific guy,” Daly said. “He knows so much about the technology and he’s a good administrator. When you look at Warner Bros.’ 90 years, it’s an unusual company in that there’s been a remarkable continuity of management…Kevin is the right man at this time to run this company, but the challenges that he faces will be completely different now than when I ran it or Barry ran it.”