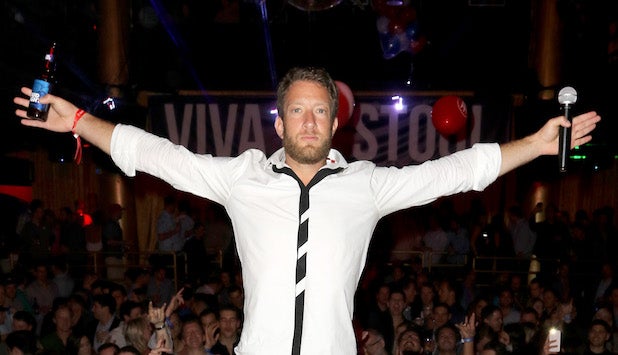 Dave Portnoy, the founder of the sports and pop-culture blog Barstool Sports, threatened to fire any of his employees seeking unionization in a series of tweets sent on Tuesday.

In response to news that staff at The Ringer, another sports and pop-culture site founded by Bill Simmons, have begun forming a union with WGA East, Portnoy resurfaced a blog post that he wrote in 2015 that explicitly stated his stance on unions.

“BAHAHA! I hope and I pray that Barstool employees try to unionize. I can’t tell you how much I want them to unionize. Just so I can smash their little union to smithereens,” Portnoy wrote in the post. “Nothing would please me more than to break it into a million little pieces.”

By Tuesday, after a WGA East-affiliated union member and a lawyer expressed their support on Twitter for any Barstool employees looking to unionize, Portnoy directly responded to them with clear threats that appear to violate federal labor laws:

If you work for @barstoolsports and DM this man I will fire you on the spot https://t.co/u9vG3VgfV1

“If you work for @barstoolsports and DM this man I will fire you on the spot,” Portnoy said regarding the union member’s tweet. “Anybody who hires this lawyer will be fired immediately and I will personally sue you for damages and back wages,” he wrote in response to the lawyer.

Anybody who hires this lawyer will be fired immediately and I will personally sue you for damages and back wages. https://t.co/wxg3odCWUk

The National Labor Relations Board forbids employers from “interfering with, restraining, or coercing employees in the exercise of rights relating to organizing, forming, joining, or assisting a labor organization for collective bargaining purposes, or from working together to improve terms and conditions of employment, or refraining from any such activity.” An example of such behavior, as stated on the NLRB’s website, would include “threatening employees with loss of jobs or benefits if they join or vote for a union or engage in protected concerted activity.”

Portnoy’s comments also drew the attention of congresswoman Alexandria Ocasio-Cortez, who reiterated on Twitter, “If you’re a boss tweeting firing threats to employees trying to unionize, you are likely breaking the law &can be sued,in your words, ‘on the spot.'”

Representatives for Barstool Sports and the NLRB did not immediately respond to a request for comment.