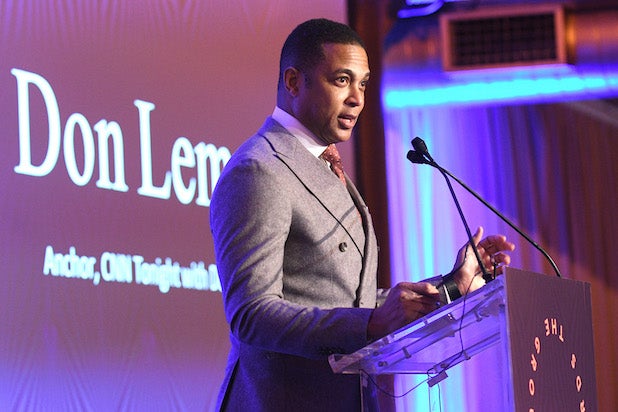 A bartender has accused CNN anchor Don Lemon of assaulting him by touching his own genitals and then aggressively shoving them into the bartender’s face.

CNN said the lawsuit, filed last week in New York’s Supreme Court, was without merit, and that the bartender, Dustin Hice, had a history of expressing contempt for CNN.

Hice claims in the suit that while he was a patron at a bar in Sag Harbor, New York, he recognized Lemon and offered to buy him a drink. Lemon declined the offer, according to the lawsuit, and the two left each other alone and returned to their respective groups of friends. But Hice said that later that evening at the same bar, Lemon approached and assaulted him.

“Mr. Lemon, who was wearing a pair of shorts, sandals, and a t-shirt, put his hand down the front of his own shorts, and vigorously rubbed his genitalia, removed his hand and shoved his index and middle fingers into [Hice’s] moustache under [Hice’s] nose,” the lawsuit states, claiming that Lemon proceeded to ask Hice, “Do you like pussy or dick?” while he “continued to shove his fingers” into Hice’s face “with aggression and hostility.”

Following the interaction, Hice claims that he feared for his safety, experienced feelings of “shame, humiliation, anxiety, anger, and guilt,” and had difficulty continuing his work as a bartender in the Hamptons because bar patrons talked and “joked” about the incident. Hice is seeking damages for “severe emotional distress and loss of future earnings and opportunities.”

“Don categorically denies these claims and this matter does not merit any further comment at this time,” a CNN spokesperson told TheWrap in a statement. “The plaintiff in this lawsuit has previously displayed a pattern of contempt for CNN on his social media accounts. This claim follows his unsuccessful threats and demands for an exorbitant amount of money from Don Lemon.”

Also Read: CNN's Chris Cuomo Responds to 'Fredo' Commotion: 'I Should Be Better'

A Twitter account registered under the handle @dustinhice appears to have been deleted, but an old Instagram post featuring Hice standing in front of CNN’s headquarters includes a caption describing the network as “fake news,” according to Mediaite.

A source with knowledge of the situation told TheWrap that Hice and his lawyers contacted Lemon and asked for $1.5 million to make the lawsuit “go away,” but Lemon declined to make the payment.