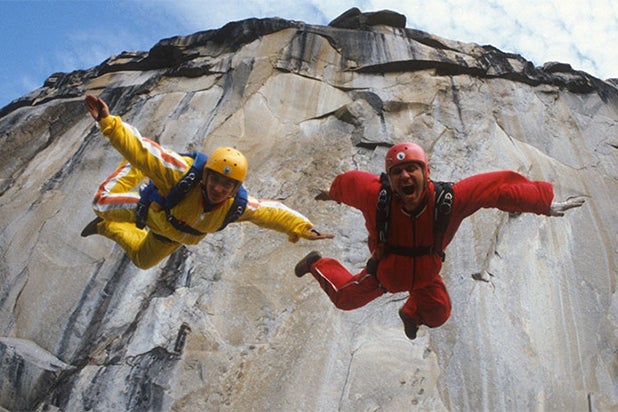 “Sunshine Superman,” the documentary following Carl Boenish, “the father of BASE jumping,” has been acquired for North American distribution by Magnolia Pictures and CNN Films, the companies announced on Friday.

Carl Boenish helped coin the acronym “BASE,” which stands for Building, Antenna, Span, and Earth — the various objects from which Carl and his friends would jump.

Also read: Toronto Documentaries Serve Up a Menu of Murder and Lies

Carl was the catalyst behind modern fixed object jumping; an electrical engineer and filmmaker who believed in BASE-jumping as a spiritual practice through which mankind would overcome all of its self-imposed limitations. He chronicled the early days of BASE on 16mm film, often with cameras mounted to the jumpers’ heads giving a bird’s eye point of view of the jump.

“‘Sunshine Superman’ is a breathtakingly exciting work, and only partly because of the amazing aerial feats of the Boenishes,” said Magnolia President Eamonn Bowles. “The dramatic sweep of the story rivals the footage of the jumps to deliver an incredible journey for the audience.”

CNN Films will broadcast the film exclusively on the network in 2016, following a 2015 theatrical release by Magnolia.