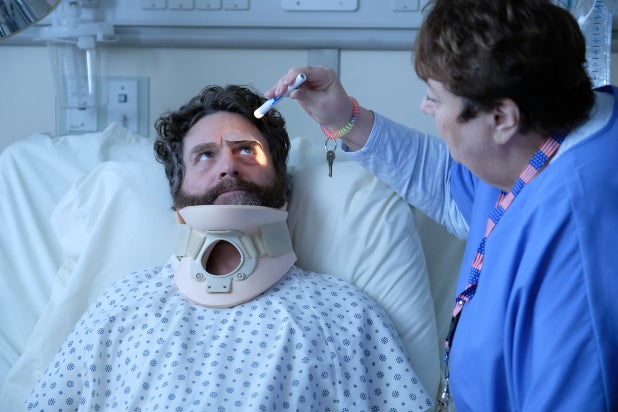 “Over four seasons, ‘Baskets’ has taken its place among the great FX comedies as an endearing and hilarious look at the dreams and ambition of ‘Chip Baskets’ and his extended, loving family,” said Eric Schrier, President, FX Entertainment. “This show has been a joy for everyone at FX and we are grateful to Jonathan Krisel, Zach Galifianakis, Louie Anderson, Martha Kelly and the rest of the cast and crew for giving us the gem that is ‘Baskets.'”

The now series finale is set for Aug. 22. “Baskets” joins fellow FX series “Legion,” which is airing its own series finale on Monday, Aug. 12.

“Baskets” is executive produced by Galifianakis, Jonathan Krisel, Marc Gurvitz and Andrea Pett-Joseph. Along with Galifianakis and Anderson, the comedy stars Martha Kelly and Alex Morris.

Anderson won a Primetime Emmy for Supporting Actor in a Comedy in 2016 for his role as the matriarch Christine Baskets, and was nominated in 2017 and 2018. Galifianakis was nominated in the lead actor category in 2017.

FX’s comedy lineup still includes “Atlanta,” “Better Things,” “Mr Inbetween,” “What We Do in the Shadows,” “Archer,” “It’s Always Sunny in Philadelphia” and the upcoming “Breeders” and the untitled Lil Dickey show. “You’re the Worst” ended earlier this year on FXX.