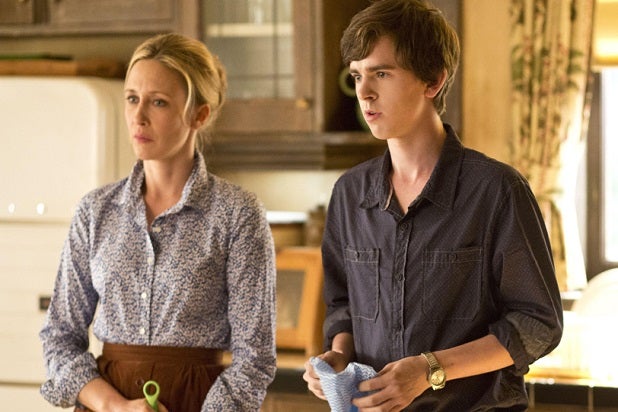 The series, starring Freddie Highmore as a young Norman Bates, grabbed 3.1 million total viewers with its season premiere, making it the show’s most-watched episode ever.

Also read: ‘Bates Motel’ Gets its Own After Show

In the 18-49 demographic most important to advertisers, the premiere scored 1.6 million viewers.

Compared to the Season 1 average, Monday night’s premiere was up 15 percent in total viewers and 7 percent in the demo.

The Season 2 premiere also edged out last March’s series premiere in total viewers, inching up 3 percent, and drew even with the demo.