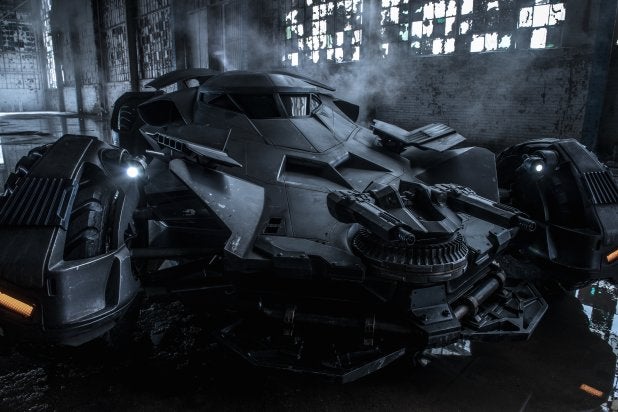 You’ve seen the pictures, both official and unofficial, now see an unofficial glimpse at Ben Affleck‘s Batmobile in action on the set of “Batman v Superman: Dawn of Justice.”

An Instagram user captured footage of the Dark Knight’s automotive sidekick chasing a Dodge Challenger through the streets of Detroit, where the Warner Bros. film, directed by Zack Snyder, is currently in production.

See photo: Zack Snyder Spots a Stormtrooper on the Set of ‘Batman v. Superman’ and Has Him Arrested

“Dawn of Justice” is not only a sequel to “Man of Steel,” but an introduction to “The Justice League,” which Snyder will also direct.

Affleck’s first outing as Batman will premiere in theaters on March 25, 2016. Here’s a quick tease of what you can expect to see: