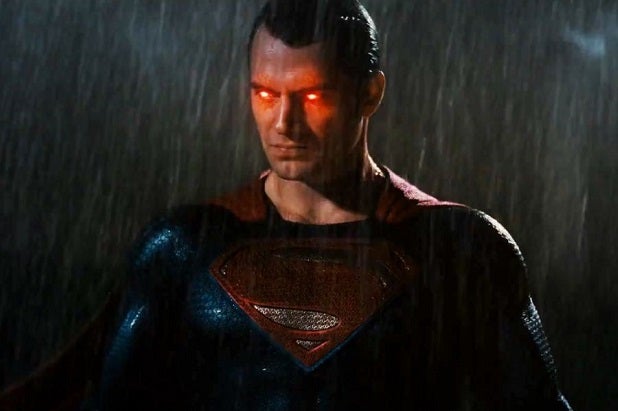 “Batman v Superman: Dawn of Justice” is the latest example Hollywood’s desire to push the start of summer — its busiest and most lucrative time of the year at the box office – ahead on the calendar.

So why is “Batman v Superman” rolling out in March? Because it will have a largely clear field, with counter-play “My Big, Fat Greek Wedding 2” this weekend’s only other option.  And it could stay No. 1 until April 15, when Disney rolls out its “Jungle Book” remake.

“Studios like going out on dates when there don’t face any really significant competition,” said Exhibitor Relations Co.’s analyst Jeff Bock. “The competition is more cutthroat in the summer, which is filled with so many would-be blockbusters that it’s often one-and-done, even for some of the winners. The time of year offers a little more time to find an audience, or at least allow your core to find you.”

It’s not the first time summer has seemingly begun more than two months early. Disney rolled out the 3D extravaganza “Alice in Wonderland” on this weekend in 2010 and it grossed more than $330 million. And its status as a great date was sealed when “The Hunger Games,” Lionsgate’s sci-fi hit starring Jennifer Lawrence, debuted to $152 million, still the best March opening, and grossed $408 million domestically.

Also Read: Why 'Batman v Superman' Needs to Be a Hit for Warner Bros.

Disney essentially redrew the summer calendar — then seen as June through August — with the success of 2012’s “Marvel’s The Avengers.” It might have come out in the first weekend in May, but it opened, played and showed legs that looked every bit the part of a summer blockbuster. There wasn’t much doubt after its record-breaking 2012 debut, and the subsequent success of Marvel’s “Iron Man 3” on that same release date, that Disney would launch the sequel “Age of Ultron” in that slot, too.

This year Disney has slotted “Captain America: Civil War” for the first weekend in May, and “Avengers: Infinity War Part 1” will have the weekend in 2017. The data from previous launches and marketing campaigns from aimed at that release date help the studios, but the biggest impact may be with moviegoers, who are tuned into the dates.

“After awhile, consumers begin to associate your brand, or a particular film studio, with a particular date and type of movie,” Disney’s Dave Hollis told TheWrap. “In this case, I think a lot of parents and families count on spending part of their holiday at the movies with Disney.”

Also Read: Why Disney Ceded Its Turkey Day Slot to 'Rise of the Guardians'

He was speaking just before last year’s Thanksgiving weekend rollout of Pixar Animation’s “The Good Dinosaur,” which was the first significant misfire for the famed animation house. That shows a good date can help, but it doesn’t guarantee success. Disney owns kids’ movies on or around turkey day and has for years, launching “Frozen,” “Tangled,” “Toy Story 2” and “101 Dalmatians” on that weekend.

The studios have also helped themselves by expanding the release schedule beyond and out of the traditional corridors and into “un-colonized” months.

Warner Bros. redefined October with the $55 million debut of “Gravity” in 2012, while Disney and Sony extended summer’s prime time with their record openings for “Guardians of the Galaxy,”($97 million in August 2013) and “Hotel Transylvania” ($48 million last September),

Consumers have embraced the strategy of broadening the release calendar, because they don’t have to make as many hard choices as they do in the more-crowded summer. Since the trend took hold in 2013, we’ve seen the domestic box office set records for grosses twice, in 2013 and 2015.

The primary risk involved with putting pricey potential blockbusters in off months is the increased risk of bad weather, a gamble the studios have for the most part seen as worth taking.

“Batman v Superman” could offer a test case — no one can recall a recent tentpole movie KO’d by a major storm — because the National Weather Service on Wednesday reported a blizzard bearing down on the East Coast.

Never mind kryptonite — a storm that keeps millions of potential moviegoers stuck in their homes could really short circuit superheroes’ powers at the box office.