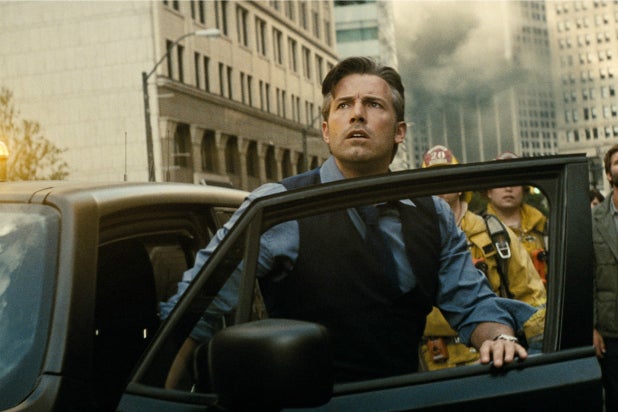 “Batman v Superman: Dawn of Justice” is leading Fandango’s ticket sales for the second week in a row, after debuting to $166 million last weekend.

The Fanticipation movie-buzz indicator gives the superhero saga 91 points out of 100, and the ticket-selling platform is seeing repeat ticket purchases — 30 percent higher than any typical blockbuster.

“Movie fans continue to be excited about the trinity of Batman, Superman and Wonder Woman, battling together on the big screen for the first time in history,” said Fandango Managing Editor Erik Davis.  “This film is delivering something we’ve never seen before in a live-action superhero movie, and fans are returning to see it again in theaters this weekend.”

Despite negative reviews from both critics and fans, “Batman v Superman,” starring Ben Affleck and Henry Cavill, broke several records during its debut. Analysts predicted a 60 percent to 65 percent drop-off for the film’s second weekend.

“What we’re looking at is a massively front-loaded popcorn picture — one that will drop upwards of 60 percent in its second round,” Exhibitor Relations analyst Jeff Bock told TheWrap. “In other words: $63 million to $65 million next weekend.”