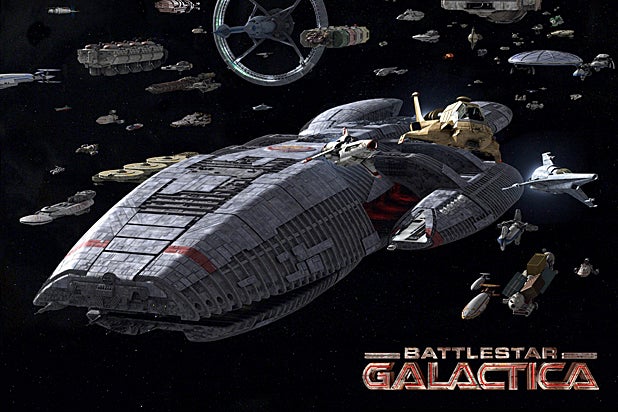 “Battlestar Galactica” is coming back — again — this time to the big screen with Michael De Luca (“Fifty Shades of Grey”)  and Scott Stuber as producers, along with Dylan Clark of Bluegrass Films.

The Universal film, based on the iconic 1970s sci-fi series and 2003 revival, is in the early stages of development but has yet to find a writer.

Created by Glen A. Larson, the first “Battlestar Galactica” series premiered in 1978 and starred Lorne Greene and Richard Hatch, focusing on a group of humans’ bloody war against a cybernetic race known as the Cylons while searching for Earth.

Larson entered into negotiations with Universal in February 2009 to revive the brand in movie form, with Bryan Singer signed on to direct, however that fell through due to scheduling conflicts.