(Warning: Spoilers ahead for “Batwoman” episode 8)

Against all odds, Ryan Wilder will fight another day as Batwoman, thanks to the desert rose. It just wasn’t a desert rose from Coryana.

Okay, technically it was, since the plant is indigenous to the island. But Ryan (Javicia Leslie) couldn’t make it to Safiyah’s (Shivaani Ghai) fields to grab one off the stem. Having burned through an adrenaline shot she injected in her leg back in Gotham taking on Safiyah’s army, Ryan was weak and only had enough strength to make it to the plateau overlooking the fields — watching as they burned.

In a final moment of rage and revenge, Alice (Rachel Skarsten) set the field ablaze after learning that Safiyah had lied about having her sister Kate Kane (Ruby Rose) on the island, and subsequently tricked her into killing her long lost love, Ocean. (Yet again, it was a really rough night for Alice). “Now we both have nothing,” Alice says ruefully.

The timing isn’t exactly ideal for Ryan, having gone through the trouble of sneaking a tracker onto Alice, riding in a cargo plane — for her first plane ride nonetheless — and then jumping out of said plane, all in an effort to find the Desert Rose to cure her Kryptonite poisoning.

The good news is, Ryan still got what she needed. The Desert Rose that will save her is actually one she unknowingly had all along, back in Gotham. Because, as it turns out, the plant she’s been nurturing since before her mom died was in fact a Desert Rose seedling. So uh, how exactly has she been unwittingly caring for the most valuable plant in the world for years?

It could simply be a matter of science. As Safiyah explained in “It’s Best You Stop Digging”, the flower is sustained by the scared blood of a woman. And the assassin sent to take out Mary Hamilton and Luke Fox was indeed a woman. Her blood soaked the plant after the duo knocked her out and spent a few minutes arguing over how to move her so Mary could get the plant back.

As a permanent resident of the island, the odds are pretty good that this unnamed assassin has utilized the Desert Rose, thus having traces of it in her blood. So, does that magical blood turn ANY plant into the miracle cure? That part seems a bit more unlikely. If that were the case, it seems only logical that Ocean would’ve used his own blood to convert random plants as soon as he moved to Gotham.

That leaves us with the most obvious option: the plant was always a Desert Rose, and only bloomed after getting the blood it needed. But that still leaves us with the big question of where Ryan got it. The short answer? Surprisingly, her ex-girlfriend Angelique.

After their “reconnecting,” we’ve been getting little pieces of their history as a couple. In episode 6, it’s revealed that the plant Ryan treasures so much is actually a gift from her ex. “You kept the plant I gave you, what, like five years ago?” Angelique asks incredulously. “You’re soft babe.” 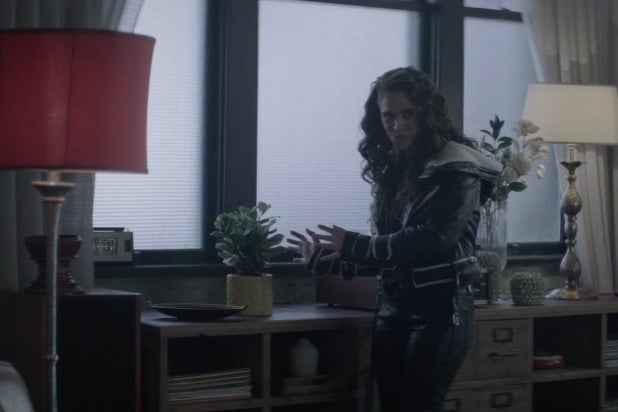 With that answer though, comes even more questions. First, we need to connect the timeline. In “Gore On Canvas,” Alice and Ocean come face to face, seemingly meeting for the first time. But as they soon discover, they were both in Coryana at the same time — five years ago.

We also need to recognize that Angelique and Ocean have been connected already. She was first introduced when Sophie Moore unintentionally surprised her in Ocean’s lab. She claimed she was just there to “bag the place” but that’s an awful large coincidence.

So, is it possible that Angelique has robbed Ocean before? Perhaps they crossed paths when he first arrived, and she came out with the plant, which in turn went to Ryan. Maybe Ocean even gave it away freely, as part of his effort to help mankind with the flower. That’s why he wanted to leave Coryana in the first place, after all.

Then again, maybe Angelique didn’t get the plant from Ocean at all. Maybe it’s just a plant she picked out at the store for Ryan as a cute little gift. All we know for sure is that Ryan has the Desert Rose now, and she got it from Angelique.

Odds are, we aren’t the only ones who are curious about this development. Safiyah was hellbent on keeping the secret of the flower; she probably won’t be pleased to know that Gotham’s newest hero managed to have one just fall into her lap. We all need some answers here.