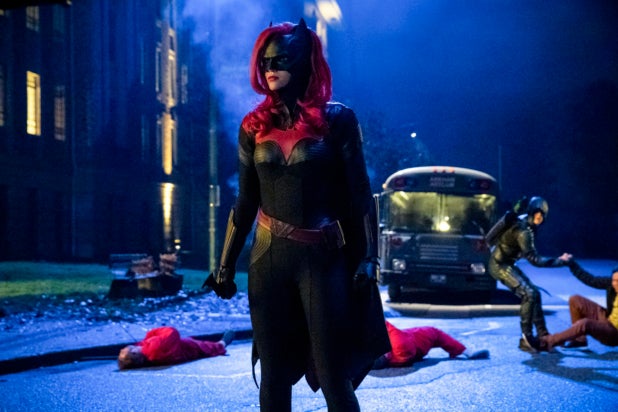 Following her debut in the network’s “Elseworlds” crossover, The CW had ordered a pilot for its “Batwoman” standalone series starring Ruby Rose. The pilot will be directed by “Arrow” and “The Flash” alum David Nutter.

Here is the official logline for the project: Armed with a passion for social justice and a flair for speaking her mind, Kate Kane (Rose) soars onto the streets of Gotham as Batwoman, an out lesbian and highly trained street fighter primed to snuff out the failing city’s criminal resurgence. But don’t call her a hero yet. In a city desperate for a savior, Kate must overcome her own demons before embracing the call to be Gotham’s symbol of hope.

Rose made her debut during the second episode of the network’s annual three-night crossover between “Arrow,” “The Flash” and “Supergirl.” In introducing Rose’s Kate Kane/Batwoman, the episode laid a bit of the groundwork for what the solo TV show would look like. For example, Batman does, or least did, exist in the world, but he’s been missing from Gotham City for three years, with his cousin, Kane, taking up residence in an abandoned Wayne Tower.

“Our goal was trying to create set ups, story-wise where we could meet her, kind of be intrigued by her, introduce Gotham a little bit,” Caroline Dries, who is penning “Batwoman,” said during a Q&A session last month at the network’s Burbank offices.

The network put a standalone series in development over the summer. Dries will executive produce alongside Greg Berlanti, Sarah Schechter and Geoff Johns, who is producing under his new Mad Ghost Productions banner. The series hails from Berlanti Productions in association with Warner Bros. Television.

If the Batwoman series eventually gets ordered to series for the 2019-2020 TV season, it will join a slate of DC universe projects currently airing on The CW, including “Arrow,” “The Flash,” “Supergirl,” “Legends of Tomorrow” and “Black Lightning.”