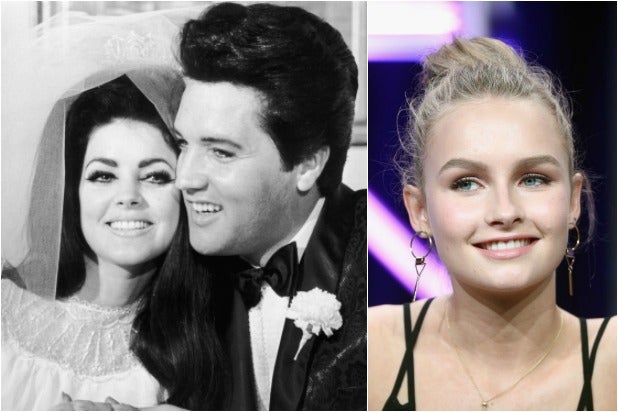 The 21-year-old Australian native will portray the wife of the music icon, who will be played by Austin Butler in the film. Tom Hanks is set to star as Col. Tom Parker, Elvis’s controlling manager. The still-unnamed Warner Bros. movie will hit theaters Oct. 1, 2021.

DeJonge has starred in M. Night Shyamalan’s 2015 horror film “The Visit” and the Netflix series “The Society.”

Elvis met 14-year-old Priscilla Wagner at a party in the late ’50s, during his time in the U.S. Army. She later moved into the star’s Graceland compound in 1963 before the couple married in 1967. They had a daughter, Lisa Marie, the following year, and eventually divorced in 1973.

Luhrmann co-wrote the screenplay for his film alongside Craig Pearce. The movie will primarily focus on the relationship between Elvis and Col. Tom, who stewarded the star’s career from his ’50s rock-n-roll breakout to his high-volume film career in the ’60s, up through his time as a Las Vegas staple in the ’70s.

“Olivia is capable of manifesting the complex depth and presence that has made Priscilla Presley an icon in her own right,” Luhrmann told Deadline, the first outlet to report the casting. “She’s an extremely talented young actor and the perfect counterpoint to Austin’s Elvis.”