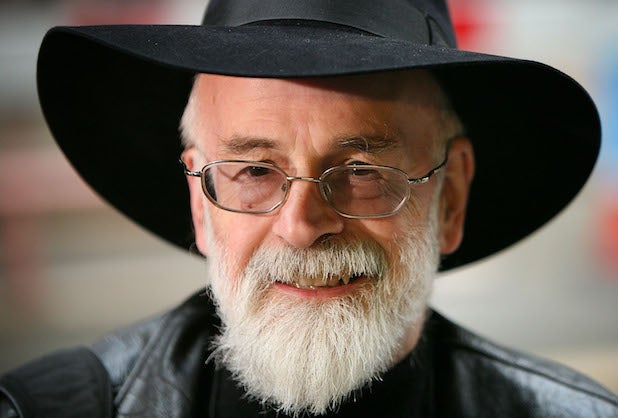 BBC America has given the green light to “The Watch,” an unscripted series based on Terry Pratchett’s “Discworld” novels.

Specifically, “The Watch” is inspired by the “City Watch” subset of the “Discworld” novels, and centers on the misfit cops as they fight to save a ramshackle city of normalized wrongness, from both the past and future in a perilous quest. The eight-episode thriller will feature several famous “Discworld” creations including City Watch Captain Sam Vimes, the last scion of nobility Lady Sybil Ramkin, the naïve but heroic Carrot, the mysterious Angua and the ingenious non-binary forensics expert Cheery together with Terry Pratchett’s iconic characterization of Death.

“‘The Watch’ has been startlingly reimagined for television by writer Simon Allen, while still cleaving to the humor, heart and ingenuity of Terry Pratchett’s incomparably original work,” said BBC America president Sarah Barnett. “BBC America embraces what’s fresh and exhilarating in TV; we believe ‘The Watch’ will astonish audiences.”

“With events in our own world making the insanity of ‘Discworld’ seem outrageously familiar, there couldn’t be a better time to bring Terry’s fun, fire and fury back to the small screen or a better place than BBC AMERICA. I’m grateful to them, BBC Studios and especially Rob Wilkins at Narrativia who has been a constant source of inspiration on this epic and emotional journey,” said Allen.

“‘The Watch’ is a distinctly British but defiantly global exhilarating thriller that is disruptive in its approach to the fantasy genre and also big on the themes of mortality, inclusion, alternative facts and justice,” added Hilary Salmon, executive producer and head of BBC Studios Drama Production London. “It’s a dizzying riot of hope, joy, suspense and audaciously dark humor. We can’t wait to work with BBC America to bring it all to life for existing fans and brand new audiences.”

Finally, Rob Wilkins, executive producer and managing director of Narrativia, added: “Many years ago Terry made the brave decision to allow brand new ‘Watch’ stories to be told with his existing characters. It’s taken a long time for anything to happen because we guard these characters with our very lives! So many of Terry’s biggest ideas seem more vital and urgent now than ever before and I am thrilled to be working with Simon and such a talented team, who understand the unique genius of their creator. They have really keyed into the subversive qualities of Terry’s voice and they clearly adore ‘Discworld’ as much as I and millions of fans around the world do.”