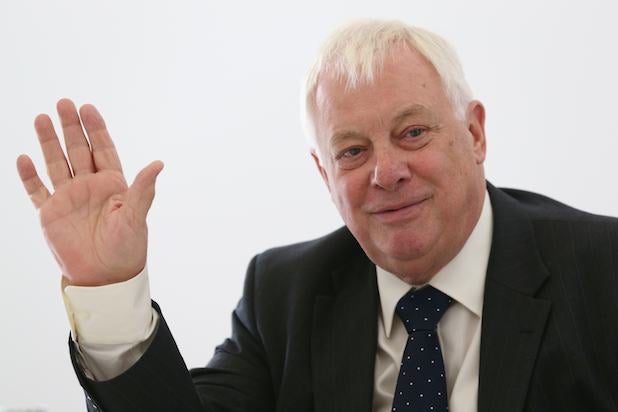 Patten, who underwent angioplasty and a cardiac ablation procedure seven years ago, began experiencing serious chest pains on April 27. The following day, he was successfully treated at the Royal Brompton Hospital with a combination of bypass surgery and angioplasty.

“On the advice of my doctors, however, and having consulted my family and friends, I have concluded that I cannot continue to work at the same full pace as I have done to date, and that I should reduce the range of roles I undertake,” Patten said in a statement. “On this basis I have decided with great regret to step down from much the most demanding of my roles – that of Chairman of the BBC Trust. This is a position that requires and has received from me 100 per cent commitment, and has been my priority at all times. It would not be fair to my family to continue as before; and equally it would not be fair to the BBC and those it serves not to be able to give that commitment which the role demands.”

Patten’s term began in May 2011, and was due to end in April 2015. Vice chairman Diane Coyle will take over Patten’s duties until a successor is chosen.

“It has been a privilege to have served as Chairman of the BBC Trust. Like the NHS, the BBC is a huge national asset which is part of the everyday fabric of our lives. It is not perfect – what institution is?” Patten concluded in his resignation. “It always needs to challenge itself to improve. But it is a precious and wonderful thing, a hugely positive influence which benefits greatly from the creativity and dedication of its staff. I have had no reason to doubt that the leaders of all main political parties support the role it plays at the centre of our public realm. Most important of all, the British public enormously value the strength of its output, its independence and the contribution it makes every day to the quality of our lives.”