Bean Dad John Roderick deleted his Twitter account Sunday following an onslaught of brutal criticism about forcing his 9-year-old daughter to struggle for six hours to open a can of beans and the resurfacing of old anti-Semitic and homophobic tweets.

“Stepped away to so (sic) an interview and we all discovery (sic) that the 9 year old’s Dad is also a racist and anti-semite. Busy Sunday!” journalist Soledad O’Brien, tweeted.

She was referring to a series of old posts by Roderick that resurfaced Sunday in which he joked about rape, mocked gay and mentally disabled people, said Jewish lawyers “ruin everybody’s fun” and said the “founders intended USA as white homeland.” 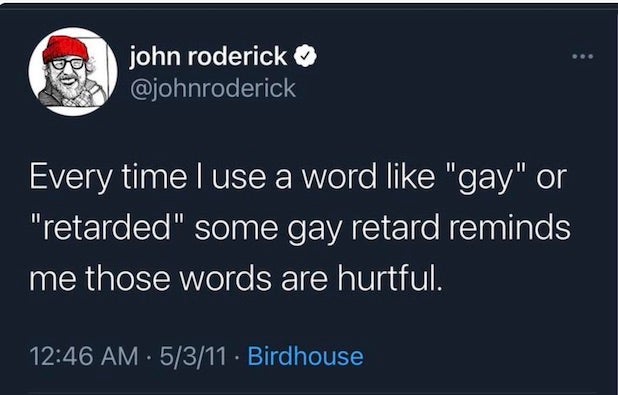 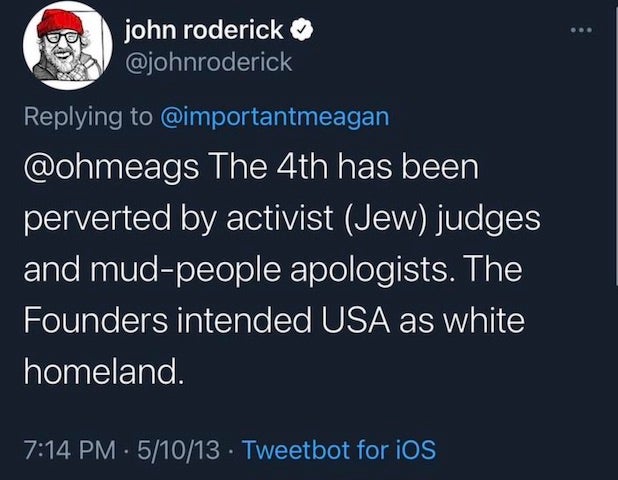 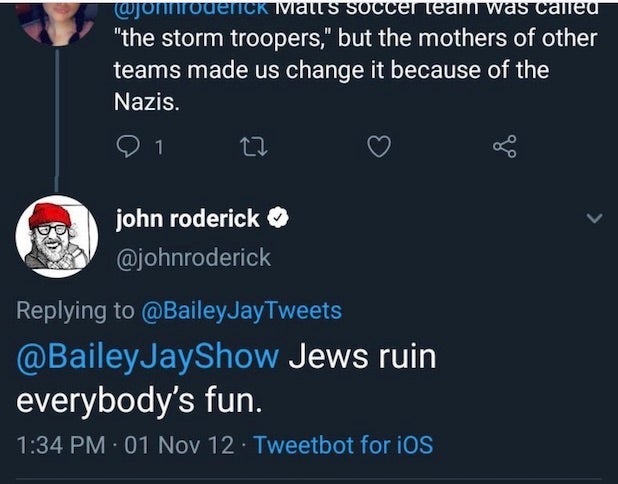 Like the swift, condemning response Roderick got after he posted a 23-tweet narration of forcing his hungry 9-year-old daughter to figure out over six hours how to use a manual can opener to open a can of baked beans, reaction to the past tweets came back to haunt him.

“Bean dad being cancelled for being a jerk to his daughter and people then finding out he’s basically a Nazi is like when they got Capone for tax evasion,” one Twitter user wrote.

Bean dad being cancelled for being a jerk to his daughter and people then finding out he's basically a Nazi is like when they got Capone for tax evasion.

Okay I’ve just been sent some of the greatest hits of Bean Dad and I’m thinking, parenting aside – maybe he’s not that good of a dude? Just throwing that out there. pic.twitter.com/umvvBqvWoc

It's funny. I don't know the entire story. It has something to do with a dad settling for what constitutes a bean. BUT. There's also racism, misogyny, antisemitism and Ken Jennings defending a guy who practices those such things.

In a 23-post thread, Roderick on Saturday described in great detail a scenario in which he discovered that his young daughter didn’t know how to use a manual can opener and challenged her to figure it out on her own. This, he said, went on for “SIX HOURS on and off,” with her eventually breaking down in tears — while he worked on a jigsaw puzzle.

The phrases #BeanDad along with “she’s 9” and “SIX HOURS” all trended on Sunday, as people mocked and criticized him, with some calling him everything from an “a–hole” to “abusive.”

“Jeopardy!” champ Ken Jennings, meanwhile, defended Roderick, who co-hosts with him the “Omnibus” podcast, which twice a week compiles an encyclopedia guide of strange-but-true stories for a time capsule.

“If this reassures anyone, I personally know John to be (a) a loving and attentive dad who (b) tells heightened-for-effect stories about his own irascibility on like ten podcasts a week. This site is so dumb,” Jennings tweeted.

Last week, Jennings apologized for his own past tweets, writing “I just wanted to own up to the fact that over the years on Twitter, I’ve definitely tweeted some unartful and insensitive things.” He begins his stint as “Jeopardy” guest host later in January.