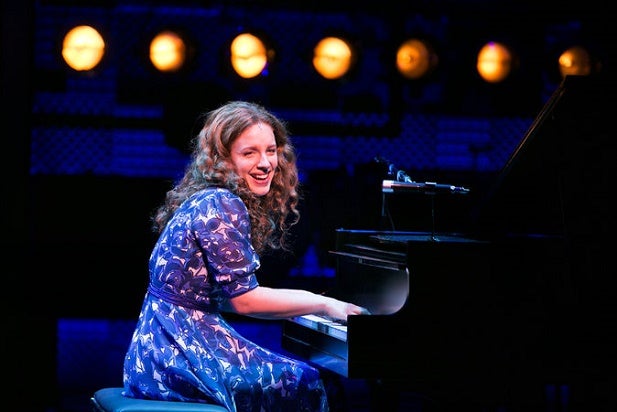 The hit show will be adapted by Douglas McGrath, who is also the writer of the musical’s book. The film will be produced by Tom Hanks and Gary Goetzman, who will produce through their Playtone banner, and Paul Blake, who also produced the stage show. Sherry Kondor and Christine Russell will executive produce.

Sony Pictures Entertainment Motion Picture Group president Doug Belgrad and Michael De Luca, who serves as the studio’s president of production with Hannah Minghella, made the announcement. Sony last year scored with “Annie,” a film version of the Broadway hit starring Quvenzhane Wallis and Jamie Foxx, and Disney had a holiday hit with “Into the Woods,” another Broadway adaptation.

“Theatrical audiences both on Broadway and in the West End have responded to ‘Beautiful’ not only to relive Carole King’s timeless classics, but to experience the ways they illustrate her triumphant and joyful life story,” said DeLuca. “We’re thrilled to be bringing this inspiring and powerful musical to movie audiences everywhere”

Sony Pictures has obtained the rights to use King’s songs from Sony/ATV, as well as rights from Carole King, Gerry Goffin, Cynthia Weil, and Barry Mann, the subjects of the show. The stage version features iconic Goffin/King songs such as “The Locomotion,” “One Fine Day,” “(You Make Me Feel Like) A Natural Woman,” as well as King’s solo work, “So Far Away,” “I Feel the Earth Move,” and “You’ve Got a Friend.”

“Beautiful” focuses on King’s life as she begins her career through her breakthrough as a solo recording artist.

“Beautiful” opened on Broadway in January 2014, and is now in its second year. The show was nominated for seven Tony Awards and won two.

“Beautiful” will launch a national U.S. tour in September, and has recently successfully opened on the West End, where it has been nominated for eight Olivier Awards.