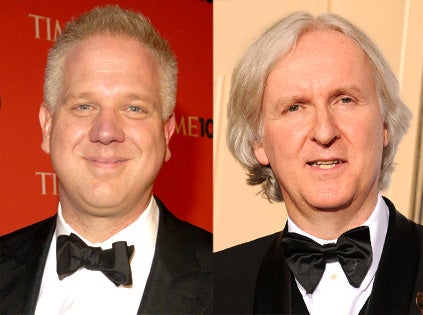 At a press event in West Hollywood on Tuesday, Cameron let some flowery language fly when asked what he thought about Beck: “Glenn Beck is a f—ing a–hole. I’ve met him. He called me the anti-Christ, and not about ‘Avatar.’ He hadn’t even seen ‘Avatar’ yet. I don’t know if he has seen it."

When asked by TheWrap for a response, a representative for Beck said, “Glenn will address on his show tonight, tune in.”

According to the Hollywood Reporter, Cameron and Beck have a history that dates back to 2007, when the then-CNN host – while talking about the release of Cameron’s documentary “The Lost Tomb of Jesus” – said this: "Many people believe James Cameron officially has tossed his hat in the ring today and is officially running for anti-Christ."

On Tuesday, Cameron quickly backtracked, if slightly, during the junket: "I think, you know what, he may or may not be an a–hole, but he certainly is dangerous, and I’d love to have a dialogue with him."

"He’s dangerous because his ideas are poisonous. I couldn’t believe when he was on CNN. I thought, what happened to CNN? Who is this guy? Who is this madman? And then of course he wound up on Fox News, which is where he belongs, I guess."

Of course, both Cameron and Beck are important to News Corp.’s bottom line – and both are favorites of Rupert Murdoch.

And when asked about an "Avatar" sequel, Murdoch said the company is in "very early talks about a sequel. Jim (Cameron) has ideas, but we haven’t agreed on anything yet."

Murdoch added: "we’ll be pushing for it."