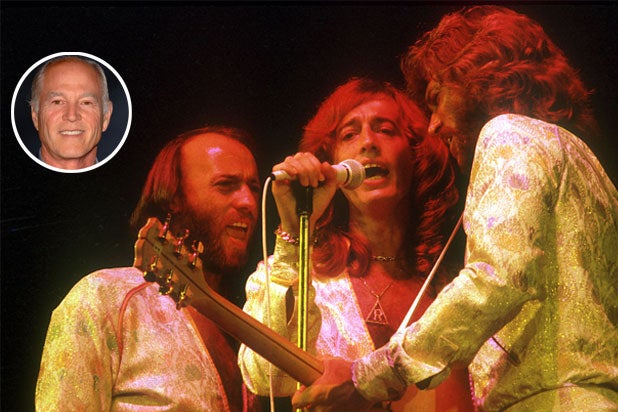 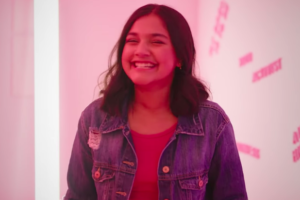 Just 1.4 Million People of Any Age Watched CBS’ ‘Kid of the Year’ Airing

”He obviously misses his brothers immensely, he’s the oldest. But he also wants to celebrate the legacy,“ says Frank Marshall, director of “The Bee Gees: How Can You Mend a Broken Heart “

Frank Marshall, director of HBO Max’s new documentary “The Bee Gees: How Can You Mend a Broken Heart,’ believes one way for Barry Gibb to mend his own broken heart was getting the chance to tell the inside story of the other two Bee Gees, his late younger twin brothers, Robin and Maurice Gibb.

“You know he obviously misses his brothers immensely, he’s the oldest,” Marshall told TheWrap, adding that the surviving Gibb brother’s participation seemed to be cathartic for the British singer. “He also wants to celebrate the legacy.  I think he wants people to know the story.  A lot of people think they just did ‘Saturday Night Fever.’ ”

Start Free Trial Already a subscriber? Login
Producer Nigel Sinclair agreed, saying the brothers should not be thought of as disco artists only because of the whopping success of the “Saturday Night Fever,” which remains the second largest soundtrack album of all time with a reported 40 million copies sold to date. “They really brought melody to disco,” he said. “It wasn’t just the beat. They brought their songwriting skill to the disco sound.”

There is also room in the documentary to include the youngest Gibb brother, solo performer Andy Gibb, who died in 1988 at age 30 from an inflammatory heart virus thought to have been aggravated by years of substance abuse.

Sinclair said he was drawn to the human drama — and found special poignancy in a final scene when “Barry says he’d leave it all behind to have his brothers back with him, and we see them singing a medley on the one-night concert of ‘Run To Me.’ And they are all at the microphone, and what we’re hearing is what they’re recording, because you can’t separate tracks when they are all on one microphone.”

Marshall shares an unexpected musical connection with Barry Gibb: He, too, performed in a boy band with his younger brothers in the 1970s.

Marshall is best known as a longtime Hollywood producer who co-founded Amblin Entertainment with Steven Spielberg and Marshall’s wife, Kathleen Kennedy — but stardom began early for Marshall when he rocked guitar in a band with his brothers Phil and Matt, the Mersh Brothers.

“Phil and I play guitar and Matt bass. Matt was the original Mersh — one of his friends started calling him Mershall and it morphed into Mersh and then became the Mersh Brothers in the early ’70s,” Frank told TheWrap. Marshall is also the same age as Barry Gibb — in fact, they were born just 13 days apart, he said. (Gibb, Sept. 1, 1946, on the Isle of Mann; Marshall,  Sept. 13, 1946, in Glendale, California).

“We had a band for about 10 minutes, but it’s inspiring when you know another family that did it,” Marshall said of the experience of bonding with Gibb for the doc. (Frank Marshall is 74, Phil is 68 and Matt is 60.) He did not give his own band of brothers as much credit for lighting the disco inferno as the Bee Gees, but said aspiring to the same goal of music stardom make the personal connection that led to the making of the film.

Also Read: How the Bee Gees' Trademark Falsetto Sound Came to Be

For both Marshall and Sinclair, the key to capturing the essence of the Bee Gees was to focus on family. 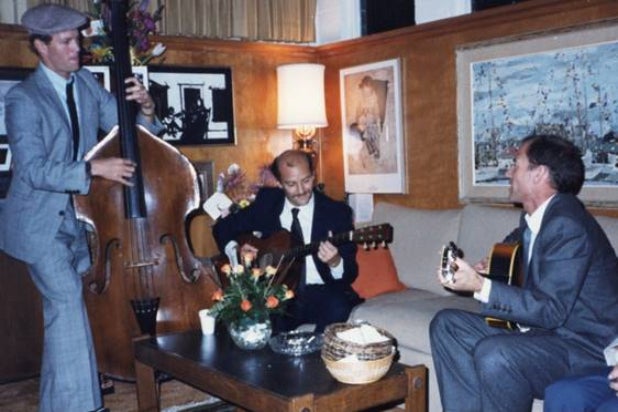 Marshall said his musical connection with the Bee Gees runs deeper than his 10 minutes of fame as a guitarist. “I come from a musical family,” Marshall said. “My Dad (Jack) was a composer, arranger, producer and guitar player who was actually under contract at Capitol (Records) back in the ’50s and ’60s, and so I spent a lot of time at Capitol Records when I was a kid.”

Marshall said he was invited to go on a tour of the iconic Capitol Records Tower in Hollywood a few years ago following its 15-month renovation. There he met Steve Barnett, then CEO of Capitol Music Group, who recently retired from the post. At the time, the Capitol had just acquired the Bee Gees voluminous catalog of music.

“And there we were, sitting in his office, and it was an incredible moment for me, very nostalgic,” Marshall said. Barnett asked him to brainstorm about ideas for feature films and documentaries that would reinvigorate the company’s back catalog. Barnett mentioned the Bee Gees. “I said, what about them?” Marshall remembered. “Barry was coming out (to L.A.) in a couple of weeks to do the Bee Gees Grammy special and that’s when I met him. We hit it off.” The top-rated “Stayin’ Alive: A Grammy Salute to the Music of the Bee Gees,” averaged 10.3 million viewers on Easter Sunday 2017.

Also Read: HBO Documentary Films Nabs 'The Bee Gees: How Can You Mend a Broken Heart' 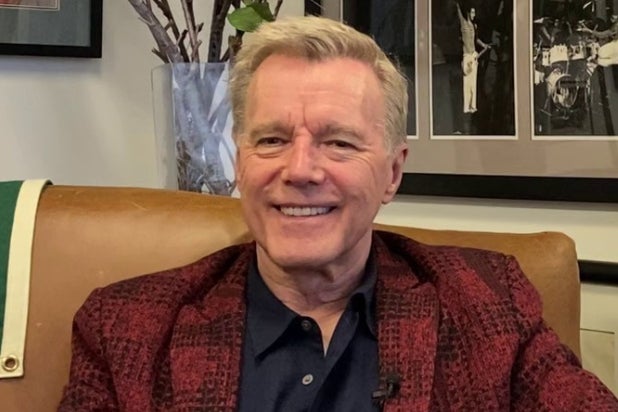 Marshall soon tapped Sinclair, who had produced 2011’s “George Harrison: Living in the Material World” as well as Ron Howard’s 2019 documentary “Pavarotti.” According to Sinclair, presenting pop music performances is a bit easier than the work of the world’s most celebrated operatic tenor. “You can’t really play classical music in short bites, but you can play pop songs that have a motif,” Sinclair said. “People will recognize ‘Stayin’ Alive’ after 15 seconds.”

Also Read: Surviving Bee Gee Barry Gibb Says He'd Rather Have His Brothers 'Back Here and No Hits at All' 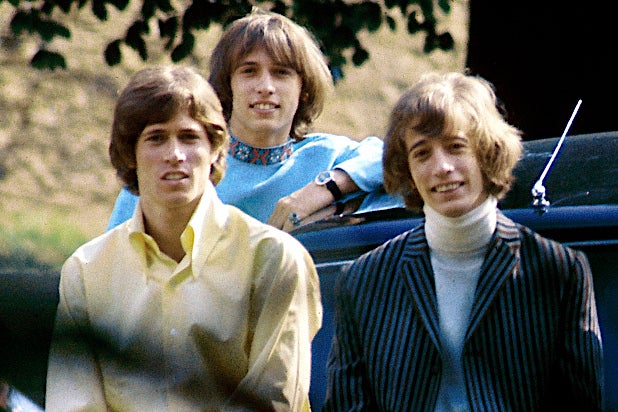 He added that the Bee Gees story resonates with families because, in spite of career highs and lows, the brothers stayed together.

“They didn’t just stay together until their meteoric rise ended and then break up,” Sinclair said. “When they were really at the bottom of their experience in 1974, we show them going to clubs in the north of England to pay their bills… they went to a working man’s club and there were 15 people in a room that could hold 1,000.”

But the brothers were not discouraged by the low turnout, Sinclair said. “They sat on a bench afterward and said, ‘Are we going to give up?’ And they looked at each other and said, ‘No, we’re not going to give up,'” he said. “I think that sense of human spirit, rising above very dismaying experiences, is incredibly inspiring.”