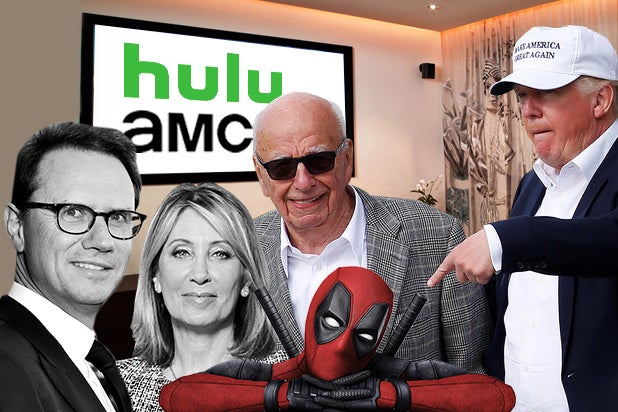 The merger of 21st Century Fox’s main entertainment assets with The Walt Disney Company announced on Thusday is one of those deals that come around once in a generation.

It signals a major change in the balance of power in Hollywood, as well as serves as a reflection of the seismic shift that has happened over the past decade with the rise of technology platforms.

WaxWord will weigh in on that a bit later, but in the meantime, here are seven questions that weigh on our minds with this mega-merger:

1. What happens to top executives?
Dozens of top-notch executives are thrown into limbo by the merger, a talent pool the likes of which has not been available for decades.

And it’s anybody’s guess the next corporate home for the unique management and programming skills of Dana Walden and Gary Newman — partners of two decades — not to mention the couple dozen of top rated television chiefs who work for them.

2. What about Peter Rice?
Rice, president of 21st Century Fox as well as Chairman and Chief Executive Officer of Fox Networks Group, is one of the top executives at Fox.

He has been Rupert Murdoch’s favored non-biological son for two decades, often seen as someone who could lead the company. Will he be left in the cold, or groomed to succeed Bob Iger?

3. What exactly happens to Hulu?
Hulu is sticking around. Iger has made clear that whatever Disney’s new streaming service is — it’s not this. So now Disney will own a 60 percent stake in Hulu — the combined stake of Disney and Fox — and will need to decide about the future of the streaming service.

The streaming service has had some significant success in the past year but has also been plagued by infighting among the owner-parents — which also include Comcast (through NBCUniversal) and Time Warner (through Turner Broadcasting).

4. Does Fox Searchlight have a future?
The prized indie film studio, which won Best Picture with “12 Years a Slave” and has a major Oscar contender this year with “The Shape of Water,” is a source of prestige but not great revenue or profits at Fox.

Will Disney keep it as a standalone label after its rocky 17-year experience with Miramax, which it sold in 2010? Will it be relegated to making movies for the streaming service?

5. Will Disney have an appetite R-rated fare?
Fox has built the model for R-rated superhero action with “Deadpool,” and fan-friendly horror fare like Ridley Scott’s “Alien.” Can this comfortably live with the Disney brand of filmed entertainment? Fans are going to hope so.

6. Will this media mega-merger pass muster with Donald Trump’s regulators?
With the Trump-era Department of Justice suing AT&T over its planned acquisition of Time-Warner, many will want to see the same scrutiny of this mega-deal.

It seems Rupert Murdoch’s friendship with Donald Trump might smooth the path, although many will be watching the space closely. (Personally I see zero chance of Donald doing anything to discomfit Rupert’s plans. He needs Fox News too much.)

7. How will exhibitors react?
This move further weakens theatrical exhibition, since it creates fewer sources of movie content and thus diminishes their leverage. The struggling chains are now being confronted with the pressure of MoviePass — a flat fee subscription service — and now the overwhelming force of Disney plus Fox.

The three things we know are:
• Hulu is staying put for the moment.

• X-Men and the Fantastic Four are likely to hook up with other Marvel superheroes in the not-too-distant future.

• Rupert and Donald will stay tight buddies, and Bob Iger ain’t running for president next cycle.