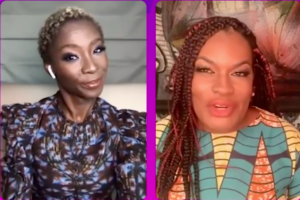 “The more opportunity for great content on Roku… the more they cut the cord, and the more they increase their viewership. It’s a nice virtuous cycle,” Roku SVP Scott Rosenberg tells TheWrap

It’s tough to find a business that’s thrived as much during the COVID-19 pandemic as Roku.

The company, best known for its array of streaming devices, has seen its stock price surge from about $70 per share in mid-March to $306 per share on Wednesday, as stay-at-home orders have forced millions of people to spend more time on the couch watching TV. Last month, Roku reported an unexpected Q3 profit and said its viewers watched 14.8 billion hours worth of content — equivalent to 3.57 hours of content streamed by each account each day. Overall, the company has 46 million active accounts, putting it ahead of deep-pocketed competitors like Apple, Google and Amazon when it comes to the connected device market.

But the pandemic isn’t the only reason behind Roku’s big year. Scott Rosenberg, senior vice president and general manager of Roku’s platform business, told TheWrap the pandemic has instead fast-tracked shifts in viewer habits and content distribution that were already well underway at the start of 2020 — and are only poised to continue moving forward. Still, Rosenberg admitted that even though he was bullish on the streaming revolution when he first joined Roku in 2012, even he didn’t see it coming this fast.

TheWrap caught up with Rosenberg on Wednesday to discuss Roku’s big year, where the company is headed in 2021, and, of course, that elusive HBO Max deal.

The following has been edited for clarity.

Also Read: Why HBO Max Needs to 'Blink First' in Standoff With Roku 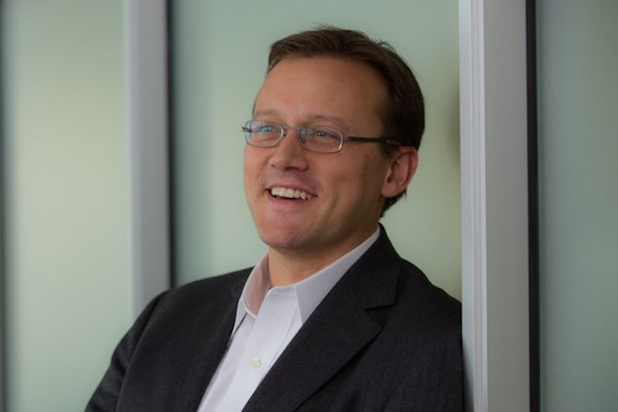 Roku’s stock price is way up this year and, like other streamers, has benefited from the pandemic forcing people to stay home. Is there something  you can point to and say, “That’s helped us a lot in 2020”?

Part of it is the massive secular trends underway. When live television dried up, when sports went away, the rationale for consumers to stay in expensive pay-TV packages went down dramatically. Now, those trends were already well underway, but the pandemic was an accelerent on that transition.

We have been, for a long time, the number one streaming platform, so as consumers cut the cord and look for other options, Roku is a natural choice. I do think there are a bunch of things we’ve done as a company to really lean into the opportunity.

Some of that has been with the Roku Channel. We were fast out of the gate with a “Home Together” experience, where we collected a whole bunch of content for consumers within The Roku Channel. We have been very fast in launching live linear channels inside the Roku Channel; we now over 130 channels within the Roku Channel — that’s been a key. We were already underway with services like that, pre-pandemic, but it’s clear as consumers are leaving Pay TV, that ability to channel flip and move easily through linear TV experiences has been very attractive. Of course, news consumption, not just because of the pandemic but the election cycle we’ve been in, has been a huge audience driver. We signed NBC News recently to complement ABC News and about a dozen other news providers. And, of course, we have a series of big services that are rolling out in streaming, and we’re the biggest target platform for these services. So I think the confluence of all these factors together is really what has driven that acceleration for Roku.

Each quarterly report, Roku highlights the time viewers spent streaming content. On your end, what do you do to keep people watching content? Is it all about making it easy to discover content?
Part one of that is being the most-loved, first device that consumers want to go to when they turn the TV on. What device is plugged into HDMI 1 on your television? Is it your Roku or your cable box — if you even still have a cable box. Winning that battle is about either being in the TV itself, which is why we have a Roku TV business because when you turn on the TV, you’re in our home screen instantly — but it’s also about providing a great consumer experience, so when you think, “How am I going to find what I want to watch tonight?” you think, “I’m going to go to my Roku first.” Part of that is just the fundamentals of the product we build: Is it easy to use? Is it easy to find great content? Is it content you’re excited about watching? Streaming is — and will continue to win —  that battle, hands down, over time.

I also think it’s about content breadth. In the early days of streaming, of course, it was just Netflix. Then it was Netflix plus Hulu and Prime and a handful of other services. Now, we live in a world where almost everything produced and being produced is available in streaming. Breadth of content, a great consumer experience, great value, are really the ingredients for us that have helped us drive that consumption.

One thing I’ll say is, according to Nielsen, there’s about seven hours of TV viewership daily in an average American household. Last quarter, our accounts watched 3.6 hours of content per day. So we’ve made great progress, and a cohort of our users does do all of their TV time on Roku, but there’s a portion of our user base that is half-time or more casual than that. And that’s a key metric for us.

Roku is best known for its hardware business, but most of your revenue comes from ads and other on-platform sales. How do you foster that adoption among advertisers?
I wish it was just that easy (Laughs). Two-thirds of revenue comes from the (ad-based) platform business, but almost all of the profit comes from the platform business. And it’s those profits, of course, we then channel back into the company to fuel innovation and new product development.

For the ad business, we’re now five to six years into building that ad business, and in the early days, advertisers questioned the idea of whether streaming was just a complementary device or the thing that would eat all of television. I think we all know the answer now. So the challenge and the focus as we’ve had as a team has been explaining just how many users are no longer reachable through traditional linear television. And, as you might suspect, that significantly over-indexes for younger demos. Parts of our population have never had, will never have, a cable subscription and are simply not reachable through a traditional TV advertising plan. We’ve been very successful at explaining that declining reach and the pandemic has, of course, exacerbated that, and made it clear to marketers they need to rethink how they’re investing their TV budgets.

Part two of the dialogue we have with marketers is just how much superior of a capability that streaming represents. It’s measurable like any digital platform: You can be targeted; advertisers can bring shopper or CRM data that they have; they can use third-party data. We can optimize to some outcome that the advertiser is interested in, [like] “Did that user go to my website and buy my product?” OTT streaming has all of the credentials of any modern digital platform, fused together with this branding power of running a video add on a 65-inch television.

Also Read: Battle of the Streaming Devices: Can Google's Revamped Chromecast Catch Up to Roku and Amazon Fire?

To keep your momentum rolling into next year, where are you focused on right now heading into 2021?
International expansion is definitely a key focus area for us. Streaming is a global phenomenon. Not every market is in the same place at the same time, but we think our strategy our tech our know-how that we’ve built in the US apply well abroad. We’re already seeing some good traction. For example, in Canada one-in-four TV are powered by the ROKU OS. We’ve launched TVs in the U.K. and Brazil. We’ve launched The Roku Channel in Canada and the U.K. We’ve seen good progress in getting our progress into market, and have pretty high confidence the model we’ve built of acquiring customers through great products, building engagement, and then turning on monetization through content promotion and advertising, applies well abroad. That’s definitely a key focus for us.

We’re excited about big new services coming down the pike. The whole media business is now, finally, all in on streaming, and we’re a natural partner. We’re excited. The more choices, the more opportunity for great content on Roku viewers have, the more they cut the cord, and the more they increase their viewership. It’s a nice virtuous cycle. And we still have a lot of work to do on growing our ad business; the streaming business is still under-indexing in terms of the share of budgets it collects relative to viewership, so there’s a lot of work to be done there.

You mentioned new services, and I have to ask — is there any update you can give me on a potential HBO Max deal?
We continue to work on it and engage with them. We think we’re an important partner for HBO Max’s success. We’ve got the kind of scale and marketing capabilities to play a critical role in their success. We’d like to get a deal done for our users, but I don’t have anything more at this point to say on it. When the deal’s done, it’ll be done. But I think that service, together with other services coming — CBS is going to launch Paramount+, Discovery+ is coming — there’s just this great drumbeat of new content and services coming, and Roku is a massive platform for these players to go build audience. We’re excited about our role in that process and excited for our consumers.

Also Read: Why Roku Is 'Relatively Fortunate' During the Pandemic

You’ve been at Roku for eight years now. Today, if you were talking to yourself when you first started at Roku, is there one aspect of the industry that would blow your mind compared to 2012?
Like all of us, I think we make career decisions based on a partial keyhole of information that we can observe from where we sit. My bet when I joined Roku 8 years ago was on the people and the vision. I think the company has held true to its culture of innovation, empowerment, growth. Also, the vision (CEO) Anthony (Wood) had from the very beginning, that everything would be streamed, that vision was hard for a lot of people to believe eight years ago, 10 years ago, not to mention like 5 years ago (laughs). But the business has been transformed in ways that would’ve been very hard to predict. If I could inform myself or anybody back 8-10 years ago, it would be to go bet big — bigger than people were — on streaming. Because it’s now patently obvious that all television is going to streamed. It’s coming faster than many people are prepared for. It’s transforming the consumer experience. It’s already transforming Hollywood and production, and it’s going to transform marketing. There are very few industries you can participate in when there’s that much, and that big, of a transformation happening now. And that’s why I’m still here. 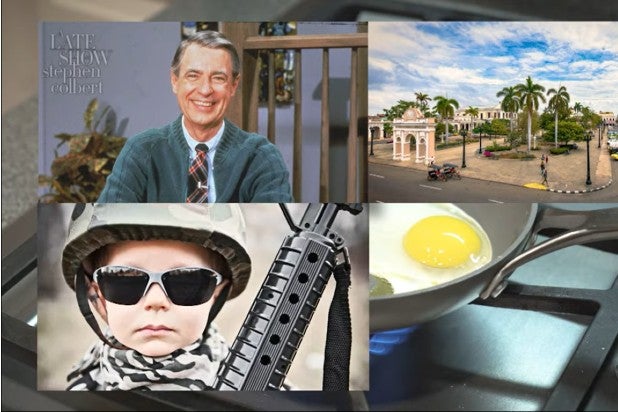 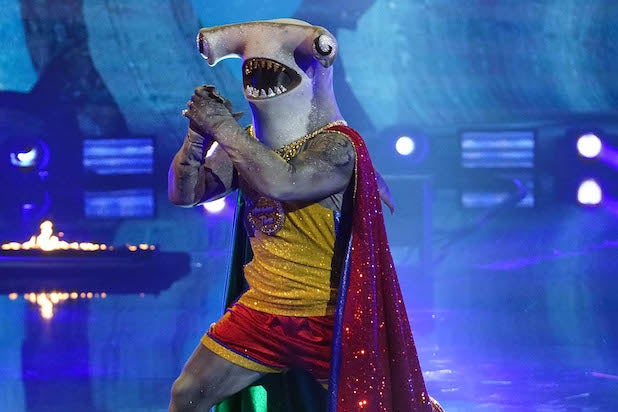 ‘The Masked Dancer’ Reveals Another Celebrity Contestant: And the Hammerhead Is… 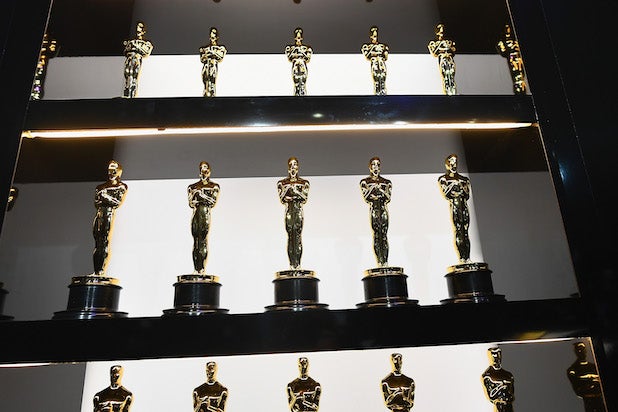 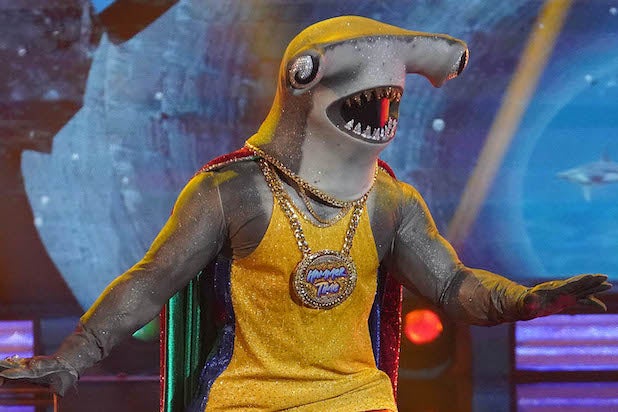 ‘Masked Dancer': Hammerhead Is Proud of ‘Misdirection’ That Made Judges Guess His Co-Stars 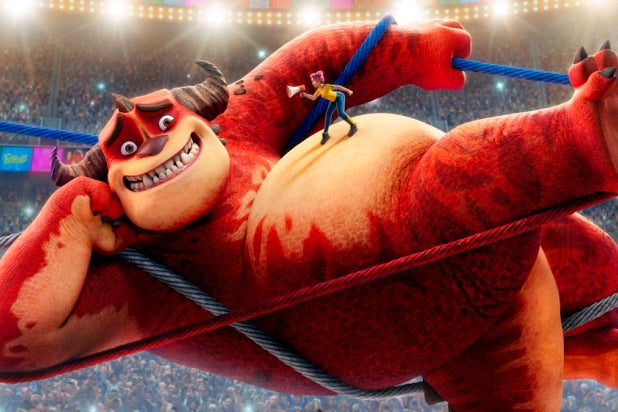 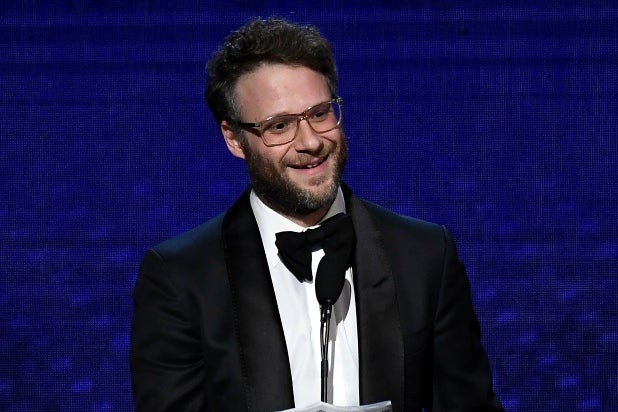 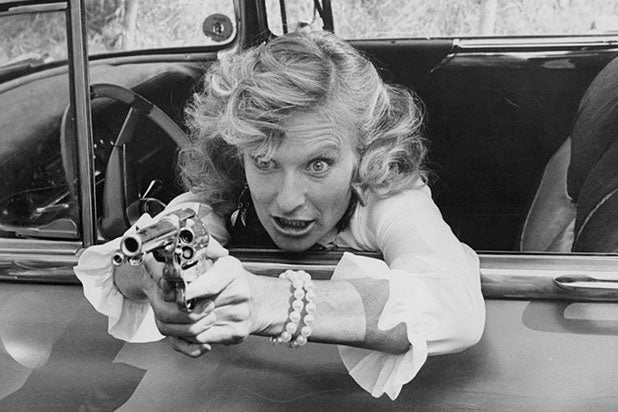 Cloris Leachman Appreciation: Versatile Actress Had a Gift, and Kept on Giving 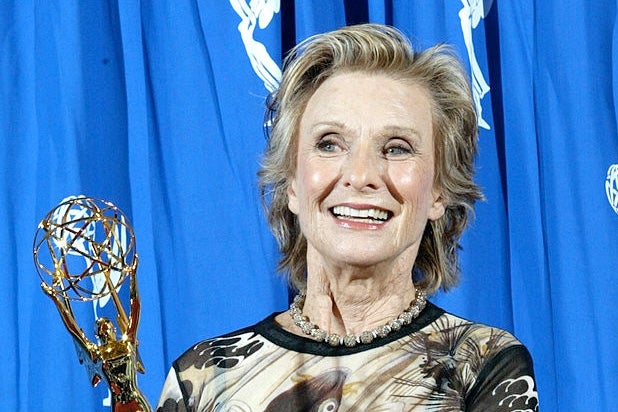 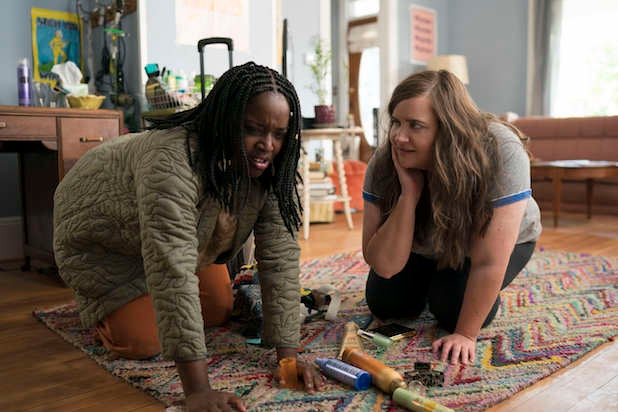 Aidy Bryant’s ‘Shrill’ to End With Season 3 at Hulu