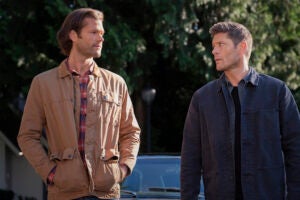 The return of the NBA, NHL and MLB helped push more customers to sign up for live TV streaming

While cable and satellite providers continued to see customers flee during Q3, live TV streaming services are reaching new heights thanks to the return of live sports.

“VMPVDs had their best quarter ever. Ever,” Bruce Leichtman, head of Leichtman Research Group, told TheWrap. “And that doesn’t even include YouTube TV, who likely added about 700,000 subscribers.”

(Alphabet, the parent company of YouTube TV, did not report how many subscribers it had during its Q3 report.)

Those gains for live TV streaming offset another 1.15 million customers who shed their satellite and cable service last quarter. So far this year, the top cable and satellite providers have lost 4.4 million customers, which is identical to the number who cut the cord during the first three quarters of 2019; those providers went on to lose a record 4.9 million customers last year. But when you factor in the vMVPD performance and include YouTube TV’s projected gains, the industry actually gained subscribers.

“The reality is, the live pay-TV industry was positive this quarter,” Leichtman noted.

And Hulu + Live TV, in particular, was the standout from Q3. The Disney-owned service added 700,000 new customers during the quarter, pushing the company to 4.1 million customers overall. That also pushed the service into fifth place among all Pay TV providers, Leichtman said, putting it behind the four industry heavyweights: DirecTV, Dish, Charter and Comcast. (YouTube TV is expected to hit the No. 6 spot by this time next year, he said.)

One person familiar with Hulu’s Q3 performance also said live sports were a key driver of new subscribers. But there are other factors worth considering, as well, including price point and more viewers wanting to watch 2020 election news. Hulu’s live TV package also allows customers to binge shows like “The Handmaid’s Tale.” And the ability for users to shift between basic Hulu and Hulu’s live TV package without dealing with a cancellation fee is another bonus compared to traditional providers.

One byproduct of the rise of vMVPDs and the decline of traditional providers is that the steady exodus of viewers from cable, and in particular, satellite, has caught the eye of advertisers.

“The TV industry has been relatively stable in terms of ad dollars, despite cord-cutting audience erosion, for the last couple of years,” eMarketer analyst Eric Haggstrom told TheWrap. “This year has been the first year we haven’t really seen an approximately $70 billion TV ad industry. It’s going to be significantly lower this year.”

Also Read: Why Griffin Gaming Partners Is Making a 9-Figure Bet on Social Gaming (But Not VR)

There’s been a “significant shift” in ad dollars from Disney’s linear properties to Hulu, Haggstrom said. As the writing on the wall becomes more clear — that the future of Pay TV isn’t in cable or satellite — more ad dollars will move around, including to ad-supported services like Pluto TV, he added. That’ll be worth paying attention to as we move into 2021.

And moving forward, it’ll also be interesting to see if vMVPDs continue gaining steam, despite subscription prices steadily rising. Hulu on Monday raised its live TV package $10 per month, putting it at $64.99 per month. That’s also the same price as YouTube TV, after the service boosted its monthly fee in June.