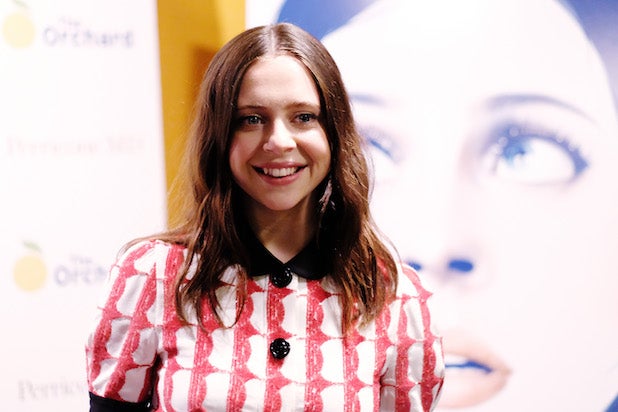 Bel Powley, the star of “Diary of a Teenage Girl” and “White Boy Rick,” is set to star as the female lead opposite Pete Davidson in an untitled comedy Davidson co-wrote with director Judd Apatow at Universal, an individual with knowledge of the project told TheWrap.

It was also recently announced that comedian Bill Burr would also star in the film, which will begin production this summer in New York City.

Apatow, Davidson and Dave Sirus co-wrote the film, which will be Apatow’s sixth feature. Apatow will also produce for his Apatow Productions alongside Barry Mendel. Universal senior executive vice president of production Erik Baiers will oversee production on behalf of the studio.

Powley most recently starred in “White Boy Rick” with Matthew McConaughey and the drama “Ashes in the Snow.” Some of her other credits include “Mary Shelley” and “Carrie Pilby.” She’ll next be seen in the untitled Apple TV series based on a morning news show starring Jennifer Aniston and Steve Carell.