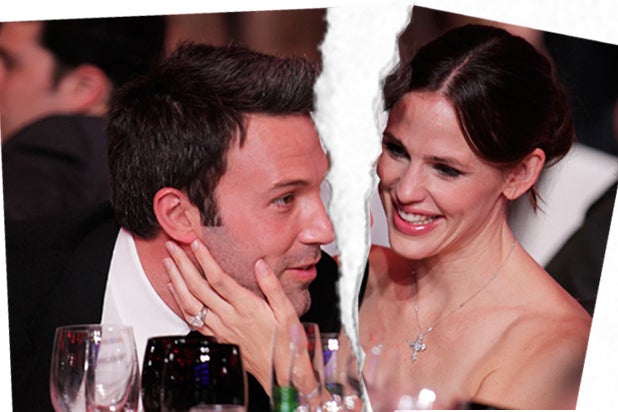 Dashing the hopes of those who might have been holding out for Ben Affleck and Jennifer Garner to reconcile, the celebrity couple has officially filed for divorce, according to court papers obtained by TheWrap.

The papers, filed on Thursday, cite the ever-popular “irreconcilable differences” as the reason for the divorce.

The couple is seeking joint custody of their three children — Violet, 11, Seraphina, 8, and Samuel, 5.

The divorce filing states that the couple has reserved the matter of spousal support “for future determination.”

In a joint statement at the time, the couple said, “After much thought and careful consideration, we have made the difficult decision to divorce. We go forward with love and friendship for one another and a commitment to co-parenting our children whose privacy we ask to be respected during this difficult time. This will be our only comment on this private, family matter. Thank you for understanding.”

The couple appears to have remained on friendly grounds since the split. In March, while announcing that he had completed treatment for alcohol addiction, Affleck cited Garner’s support.

Also Read: Ben Affleck Completes Rehab: 'There Is No Shame In Getting Help When You Need It'

“I’m lucky to have the love of my family and friends, including my co-parent, Jen, who has supported me and cared for our kids as I’ve done the work I set out to do,” Affleck wrote. “This was the first of many steps being taken towards a positive recovery.”