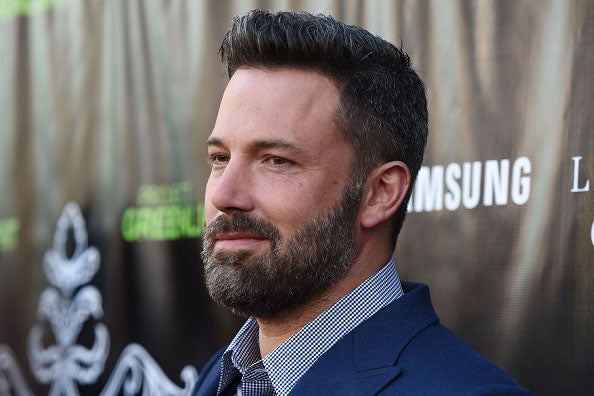 A day after being called out on Twitter for groping actress Hilarie Burton, Ben Affleck took to the platform to say he’s sorry.

“I acted inappropriately toward Ms. Burton and I sincerely apologize,” tweeted Affleck, while failing to tag the “One Tree Hill” star.

I acted inappropriately toward Ms. Burton and I sincerely apologize

Also Read: Hilarie Burton Says Ben Affleck Groped Her: 'I Had to Laugh Back Then So I Wouldn't Cry'

On Tuesday, Burton responded to a tweet saying “[Affleck] also grabbed Hilarie Burton’s breasts on TRL once. Everyone forgot though,” saying “I didn’t forget.”

The user, Shanice Brim, then apologized to Burton, saying “I’m so sorry that happened to you.”

Burton, now 35 and starring on “Lethal Weapon,” replied, “Seriously, thanks for that. I was a kid,” before sending a one-minute Vimeo clip of TRL “uncensored.” At about the 40 second mark, Burton, talking about Affleck, tells the cameras “he comes over and tweaks my left boob.”

Burton added she “had to laugh back then so I wouldn’t cry. Sending love.”

The video shared by Burton didn’t show the moment in question with Affleck, but a brief YouTube video posted on Wednesday highlights the incident. A young Affleck is being interviewed by host Burton — who he calls “free spirited” — before getting up and rapping his arm around her.

“Some girls like a good tweakage here and there,” she said afterwards. “I’d rather have a high five.”

The “TRL” video resurfaced after Affleck had taken to Facebook on Tuesday to share his disgust with Weinstein, who has been hit with multiple sexual harassment and misconduct allegations.

“I am saddened and angry that a man who I worked with used his position of power to intimidate, sexually harass, and manipulate women over decades,” the “Good Will Hunting” star wrote.

Beyond Burton, the post didn’t sit well with actress Rose McGowan, who tweeted “Ben Affleck f–k off.” She then added Affleck had told her that’d he told Weinstein to “stop doing that.” McGowan concluded with a concise “you lie.”

@benaffleck “GODDAMNIT! I TOLD HIM TO STOP DOING THAT” you said that to my face. The press conf I was made to go to after assault. You lie.